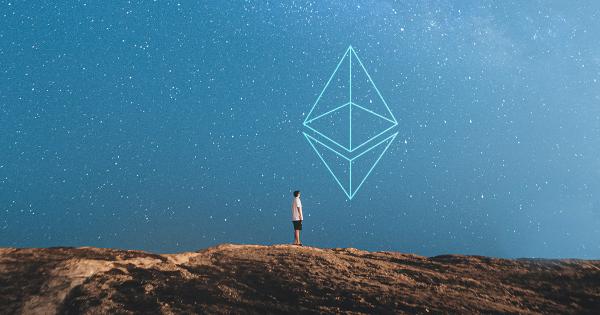 Grayscale Investments, the investment arm of Digital Currency Group, has picked up a majority of all ether mined in 2020. The metric indicates massive institutional interest in Ethereum, which is soon moving to a Proof-of-Stake protocol.

Picking up the ETH pennies

As per documents published on its site, Grayscale purchased approximately 756,540 ETH in 2020, a figure representing over 40 percent of all ether mined this year. The remaining 1.5 million ether are held by miners or crypto exchanges, assuming no ether was sold to retail investors.

Each share of the fund is backed by 0.09 ETH, meaning investors must hold over 11 shares for a net exposure of 1 ETH. Outstanding shares are reported at 13.25 million, and Grayscale charges investors the industry-standard 2.5 percent as management fees on total assets.

The fund has outperformed a buy-and-hold strategy thus far; investors holding ETH gained 16 percent in 2020, largely in part due to the run in recent weeks. In comparison, trust fund holders gained 155 percent — almost tripling their investment.

However, holding ETH gained 36 percent for investors in the past month, compared to just 13 percent for fundholders, indicating Grayscale’s strategies do not react quickly to market changes and may falter in volatile and sideways markets.

Critics note a move to Ethereum 2.0 would present opportunities for crypto funds holding significant amounts of cryptocurrencies, such as Grayscale. Under the future staking model, ether holders would earn a significant fixed-income in the digital currency relative to staked amounts, meaning entities would be incentivized to stake rewards instead of cashing out.

Such behavior, however, leads to conglomerates holding the majority of ether rewards, theoretically leading to centralized financial incentives and the ability to move the digital currency’s markets at will. Unlike Bitcoin’s mining model — where miners dump reward holdings continually to make up for electricity and computing cost — funds like Grayscale could dump massive amounts of ETH in a single day, leading to additional volatility and deflated prices.

Issued in June 2019 and traded over-the-counter (OTC) under ticker name ETHE, the trust fund reached a high of $600 per share followed by a rapid single-day decline on June 24, 2019, but dropped rapidly since. The ETF traded at $40-$60 during most of 2019 but rose to over $140 as the broader Ethereum market enjoyed gains. ETHE trades $92 at press time.

Grayscale seems bullish on its outlook for Ethereum if premiums are considered. The fund’s ratio of share price and exposure to ETH puts the latter at a value 400 percent above current prices — or over $900 per ETH as per Grayscale’s models.