Wall Street is coming for crypto and how. 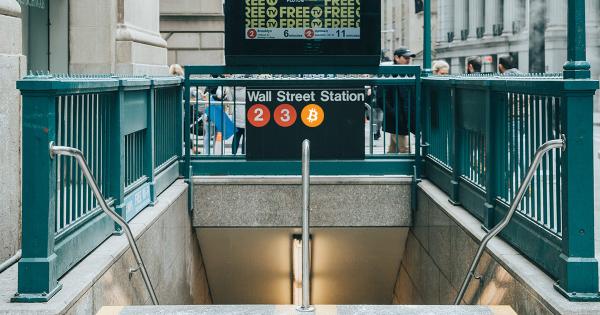 Photo by MORAN on Unsplash

Wall Street is coming for crypto and how. The two US banks have previously contended against the growth of cryptocurrencies but have turned a bright eye for Bitcoin this year.

Multiple reports over the weekend stated that while Goldman Sachs could underwrite Coinbase’s upcoming initial public offering, JPMorgan issued a client note stating that Bitcoin was in “overbought” territory but remained bullish in terms of the long-term.

Goldman Sachs to reportedly play a role in Coinbase listing

As per Motley Fool, Goldman Sachs has been picked to represent Coinbase as an underwriter for its IPO. The report said a “person familiar with the matter” has disclosed the US bank would lead fund-raising, regulatory, legal, and networking efforts for Coinbase’s public raise — with estimates suggesting it could reach as high as $70 billion.

As an underwriter, Goldman’s role will be to popularize the prospectus of Coinbase among its network of institutional investors, family offices, high-networth individuals, and other banks. This would help create demand for Coinbases shares and even influence its IPO price.

Coinbase had earlier filed its offering documents with the US Securities and Exchange Commission in July. The firm has remained secretive about its total issuance, prices, and exact share mechanisms, and even suggested it may list directly on US exchanges instead of taking the IPO route.

Nevertheless, the IPO news comes at a time when the broader stock market is roaring. Public listings in the US (and elsewhere) have boomed in 2020 and raised record amounts of capital.

In a separate report by Bloomberg on Sunday, US bank JPMorgan said Bitcoin’s price spike to $24,000 put the asset in “overbought” territory, but its fundamental outlook remained positive in the long term.

Bank strategists pointed out Grayscale’s Bitcoin Trust as the leading factor for an increased price movement. Traded as GBTC, the product is one of the only regulated Bitcoin offerings available to accredited US investors and trades millions of dollars per day. As of last week, the trust managed a mammoth $11 billion in Bitcoin, with Grayscale showing no signs of slowing down.

The bank said in the regard:

“The [flows] are too big to allow any position unwinding by momentum traders to create sustained negative price dynamics.”

The bank noted that only a “major slowdown in those flows” could see Bitcoin falling to lower price levels — a move previously seen only in 2019 when BTC traded up to $13,000 and tumbled down to $7,100 in the months after.

But the sentiment remains more bullish than ever, for now. Institutional purchases by the likes of MicroStrategy, Square, and MassMutual this year have opened the floodgates for institutional Bitcoin participants — one that serves as an homage to the crypto adage, “the institutions are coming.” 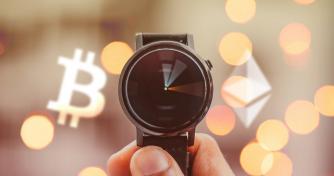 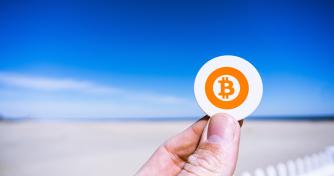