Bitcoin is currently caught within a bout of consolidation within the lower-$9,000 region. 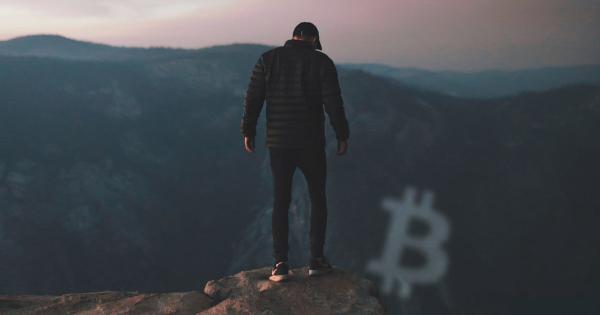 Photo by Lane Smith on Unsplash

Bitcoin is currently caught within a bout of consolidation within the lower-$9,000 region. This is around where it has been trading at for the past day, with buyers and sellers reaching an impasse as its upwards momentum stalls.

This consolidation has sparked a decline in the benchmark cryptocurrency’s trading volume, which has previously been rocketing higher over a multi-week period.

It also appears that it has made investors grow increasingly nervous as it grows unclear as to which direction the cryptocurrency could trend in the days and weeks ahead.

Earlier this week Bitcoin incurred some immense volatility that was sparked by the movement of 50 BTC from a previously inactive wallet from 2009.

This came about as the crypto was trading around $9,800 and sparked a sharp decline that led it to lows of $8,800. From the point, buyers stepped up and allowed the crypto to reclaim its long-held position within the $9,000 region.

It is important to note that it has been forming a series of lower highs throughout the past couple of weeks, as it has faced multiple harsh rejections at $10,000 that have stunted its momentum.

This lackluster price action has also resulted in Bitcoin seeing a decline in trading volume.

According to a recent report from Arcane Research, the crypto’s trading volume is now declining after reaching year-to-date highs last week.

“After the 7-day average real trading volume pushed to the highest levels seen in 2020 last week, the volume has dropped a bit again this week. Still, we’re seeing far more trading activity now than last month, which is a healthy signal in the market.”

This has coincided with a decline in realized volatility and seems to be emblematic of a shift in sentiment amongst market participants.

Investors are growing fearful as its momentum falters

Bitcoin’s faltering momentum has led the cryptocurrency’s investor base to grow increasingly fearful.

According to the Fear and Greed Index, investors have grown more fearful this week as BTC fails to surmount $10,000. Arcane also spoke about this, referencing a chart showing the growing rates of fear seen over the past couple of weeks.

“The Fear & Greed Index is now down to 42 and the market is fearful again after yet another push to a neutral state. This means that the market is more or less back to the same state as one week ago, after failing to push above $10,000 for the second week in a row.”

If Bitcoin continues struggling to push higher in the days and weeks ahead, the trend of investors growing increasingly fearful will likely persist.

Bitcoin options on the CME are seeing surging popularity; here’s what this could mean