Crypto holders earning less than $50,000 are quitting work in droves

The poorest workers are quiting work thanks to crypto gains during this bull run. 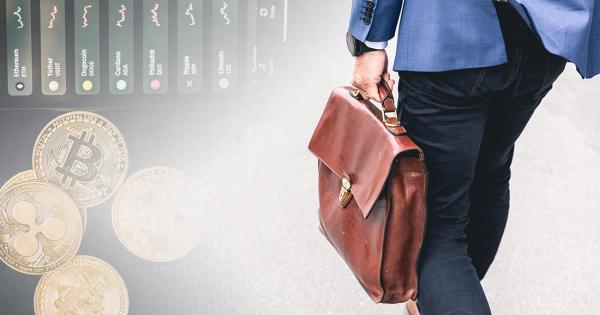 Photo by Marten Bjork on Unsplash and Alesia Kozik from Pexels

Research by consumer intelligence firm CivicScience reveals low-paid workers are quitting their jobs as a result of their crypto profits.

In April, a record number of U.S workers quit their jobs. This trend has continued in the subsequent months, leading to what the Economist calls “the Great Resignation.”

The pandemic has changed how people think about life and work. Based on the stats, it’s fair to say workers are no longer willing to tolerate poor working conditions, the most fundamental problem being the level of pay in relation to the cost of living. In other words, the lack of a liveable wage paid by employers.

According to CivicScience, some crypto investors, who find themselves under such circumstances, have job freedom enough to quit. Meaning, crypto and the bull run of 2021 are likely factors in accelerating the Great Resignation.

Since Jan 1, the crypto market cap has grown +250%, to an all-time high of $2.76 trillion mid-week. With that comes healthy profits for long-standing investors.

But when it comes to how this newfound wealth impacts the broader economy, specifically the jobs market, survey data from CivicScience shows that the effect is minimal.

However, this survey question does not consider crypto adoption as a whole, which would overstate the “No, not at all” finding, as most surveyed do not hold any crypto.

Research from TripleA, a business blockchain solutions firm, estimates global crypto ownership comes in at 3.9% of the world population, about 300 million people. This percentage is similar to the 4% of people who answered, “Yes, I have.”

This would suggest that a greater proportion of people who held crypto and saw significant gains in 2021 quit their jobs than the survey portrays.

How does this stack up by income brackets?

By drilling down the above responses into income brackets, it’s shown that 64% of people who did quit their job due to crypto gains are lower earners, making $50,000 or less.

The top earners, who take home more than $150,000, account for the smallest group of those who quit, coming in at just 8%.

This implies that crypto investments may have given life-changing gains for the poorest. While better-off holders don’t consider crypto as a “way out.” Instead, they see it as an asset diversification strategy and one that isn’t significant enough to make them want to quit their job.

Belarus president calls on citizens to mine crypto