Despite being seen as a cure for all Bitcoin’s problems, the Lightning Network is yet to see major adoption and has recorded less than impressive network stats this year. 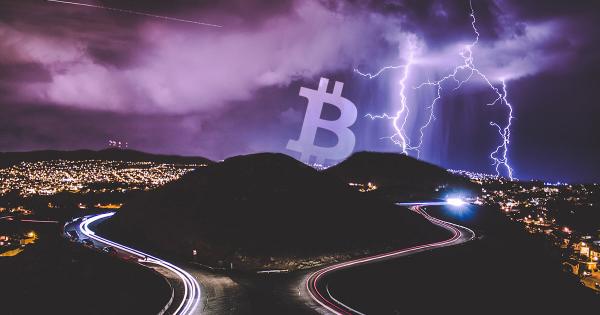 Despite being seen as a cure for all Bitcoin’s problems, the Lightning Network is yet to see major adoption and has recorded less than impressive network stats this year. Public opinion seems to be divided between those who believe its time is yet to come and those who say it never should have come in the first place.

The Lightning Network seems to be stagnating

A solution to Bitcoin’s scalability problem, the Lightning Network was created to increase the transaction throughput of its blockchain network. Its proposition was this—add another layer on top of the Bitcoin blockchain and circumvent the limitations set by Bitcoin’s own design.

The idea of having an additional blockchain layer that would effectively remedy Bitcoin’s growing problems was received as revolutionary. Many believed it will be what brings adoption to the world’s largest cryptocurrency.

And the Lightning Network didn’t fail to deliver—earlier this year, it recorded a record number of active nodes and saw its network capacity grow by almost 20 percent in less than one month.

However, the network’s lack of growth in the second half of the year brought many to question whether its heyday has passed. One of the lead investors at DTC Capital, Spencer Noon, noted that 2019 hasn’t been the “year of the Lightning Network.” In a tweet, Noon posted the network’s stats that showed it has been mostly stagnating throughout the year.

Lightning Network is a sensitive topic in the crypto community

Noon asked his followers to weigh in on why such a promising project failed to see significant growth. Despite price volatility, this has been a formative year for the crypto industry as the market seemed to be showing serious signs of maturity.

But, that same maturity could be what stifled the Lightning Network. Noon believes the stagnation is a result of having a good product for the wrong market, as Bitcoin‘s value proposition is its ability to act as a stable, long-term investment vehicle.

Crypto analyst Willy Woo agreed with Noon, saying that the network’s biggest problem was that it doesn’t solve a present-day need. 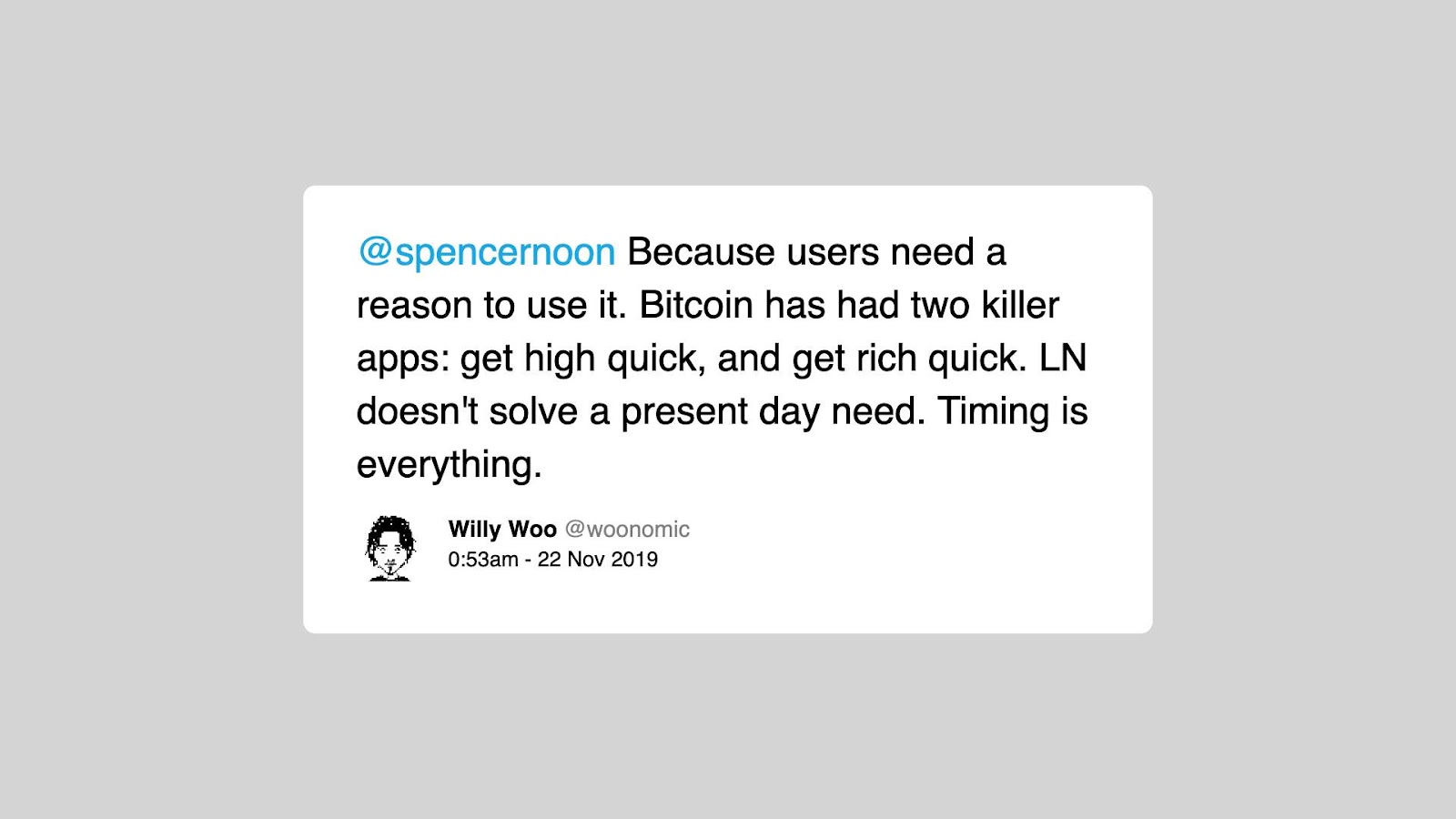 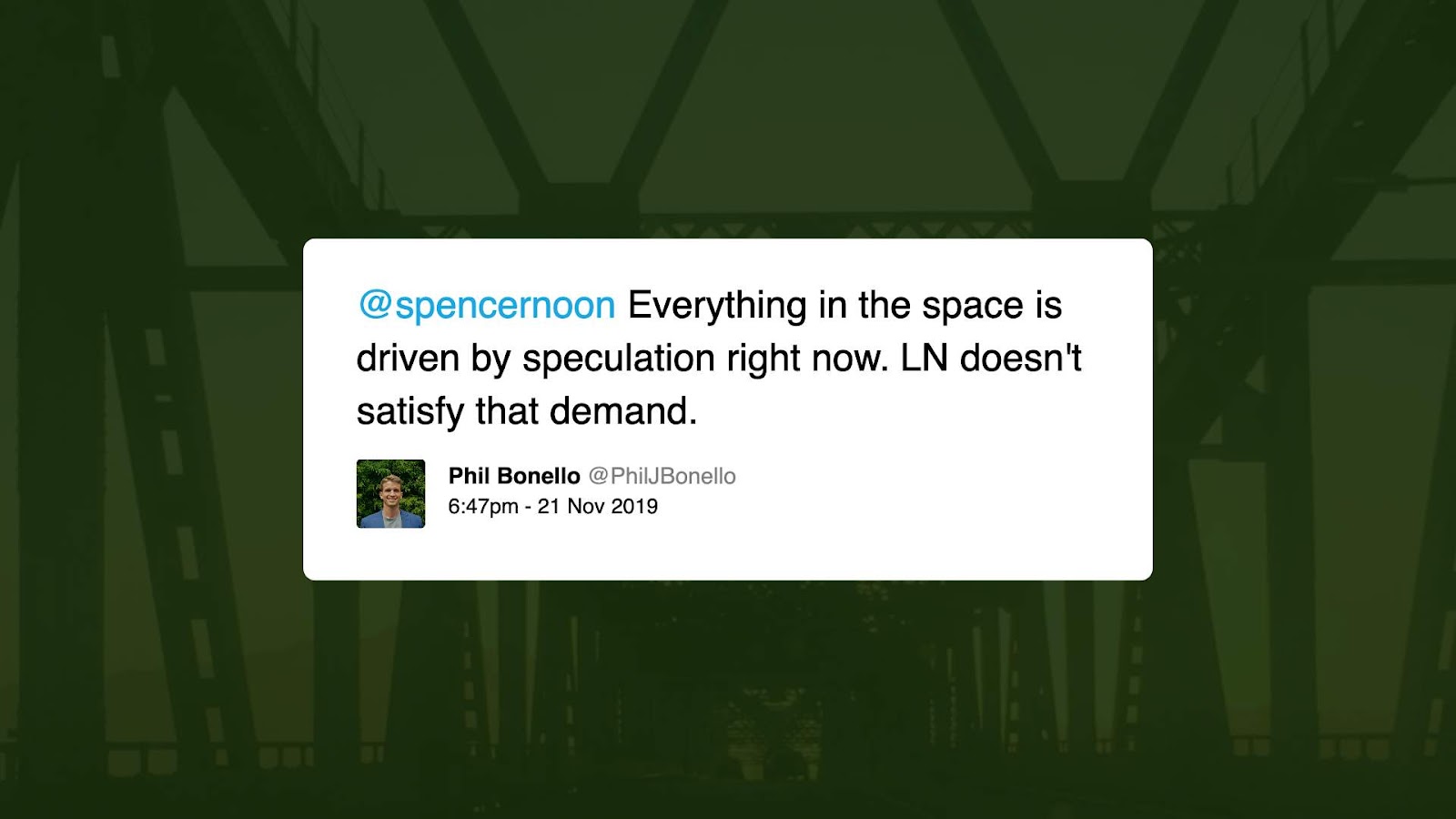 However, Lightning Network’s defenders noted that the data Noon shared didn’t paint a complete picture. According to João Almeida, the CTO and founder of OpenNode, the network’s structure allows users to create private channels, which can drastically lower the network’s stats. 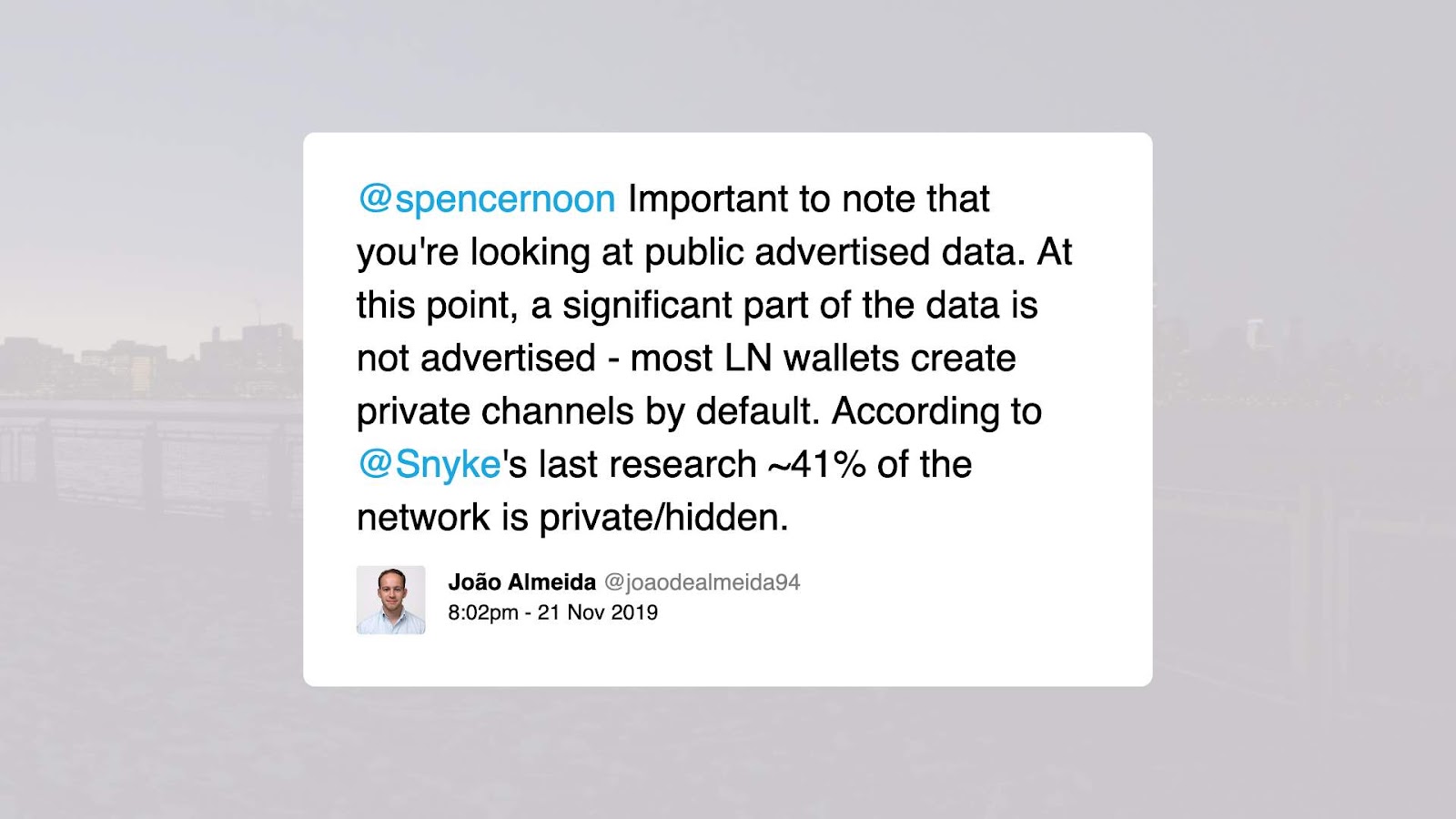 Ansel Lindner, the host of Bitcoin and Markets podcast, noted that the network has seen a much higher adoption than shown in Noon’s data. Its lack of growth, he said, was a result of a low market cap. 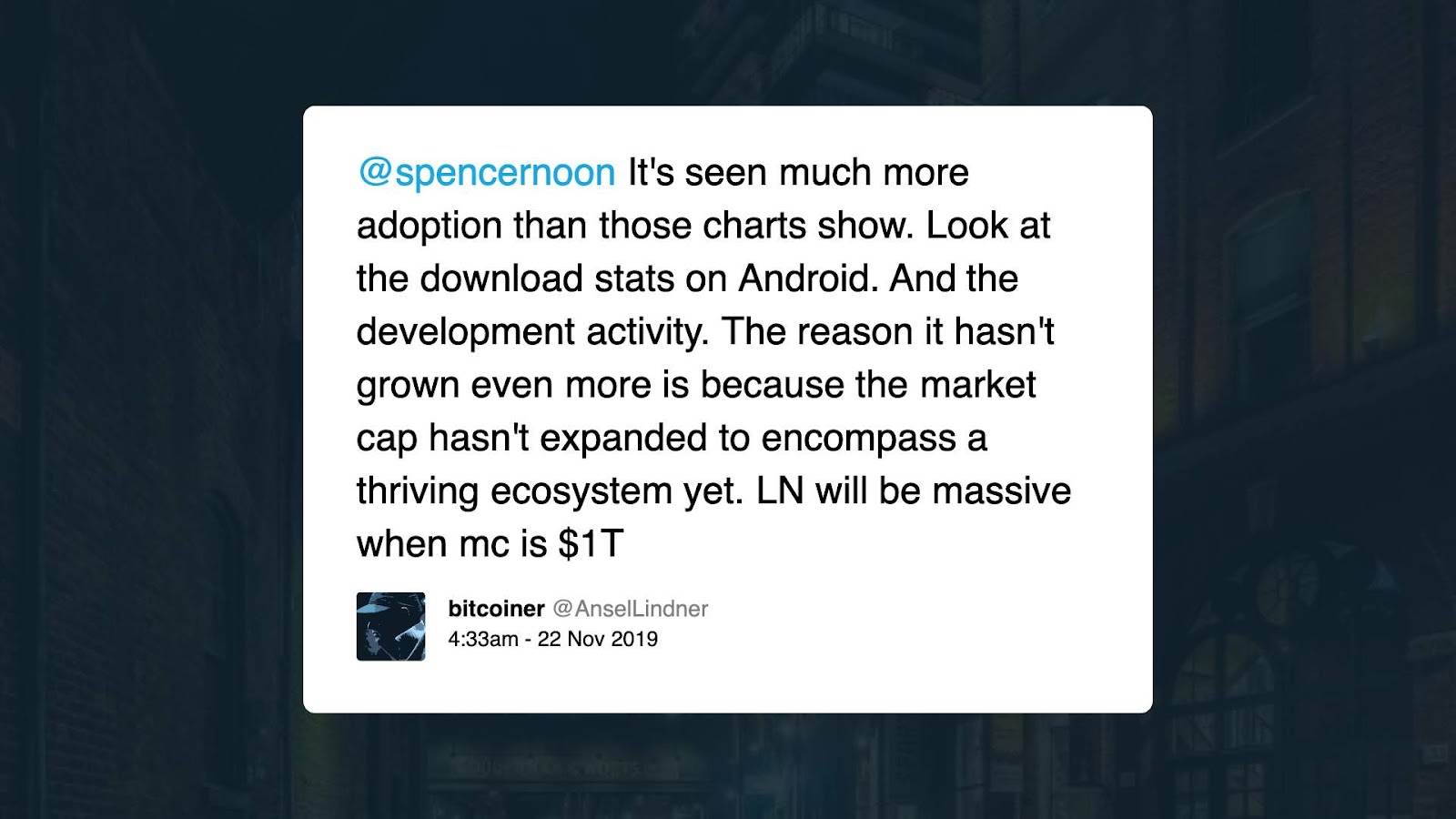 While hundreds of users joined the discussion and presented valid points for their arguments, it seems that all of them agree on one thing—the Lightning Network still has a long way to go.