Crypto.com begins exchange launch in US with institutional investor waitlist

Crypto.com operates in roughly 90 countries across the globe and is now launching its exchange services in the US. 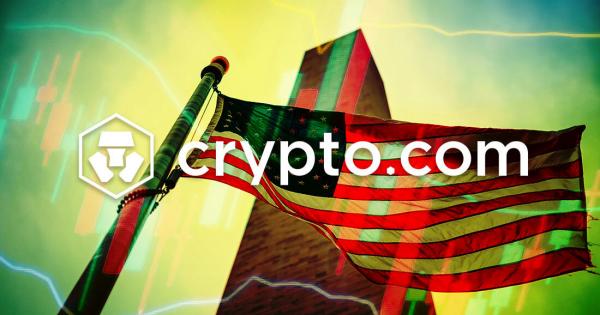 Crypto.com announced on March 15th that its exchange has officially begun a progressive launch in the US and is now available to some waitlisted users. It also opened a new waitlist for professionals interested in using its exchange services.

The exchange will be rolled out progressively over the coming months and initially will only support US-based institutional investors who are interested in diving into the crypto space.

“Crypto.com Exchange will support US institutional investors through this initial launch phase. We are looking forward to rolling it out to everyone as soon as possible.”

Crypto.com CEO Kris Marszalek said in the press release. The company’s exchange is one of the top five largest globally in terms of spot volume and supports 2.7 million transactions per second, according to the company.

Crypto.com has been marketing aggressively in the US over the past few months.

The most notable move was the company’s purchase of naming rights for Los Angeles’ iconic Staples Center from AEG for a duration of 20 years. It was renamed Crypto.com Arena in December 2021 on Christmas day.

Marszalek said in the partnership announcement:

“We’re very excited about partnering with AEG and investing long term in this city, starting with Crypto.com Arena in the heart of downtown, and using our platform in new and creative ways so that cryptocurrency can power the future of world class sports, entertainment and technology for fans in LA and around the world.”

Crypto.com also tapped Hollywood actor Matt Damon in 2021 to become its brand ambassador and made various adverts with him to market itself to the US audience under the “fortune favors the brave” campaign.

The move received some criticism at the time and even got a mention in the iconic animated TV show South Park, which had the characters saying people lost their money “bravely” after following Damon’s advice in the “bitcoin commercial.”

The company has been pursuing sponsorship deals in various sports across the globe. In June 2021, it became the inaugural global partner for Formula 1’s 2021 Sprint series. It was the first crypto-related company to land such a deal in the traditional sports world.

Crypto.com also inked a deal in July 2021 to become the UFC’s first-ever global fight kit partner and its official crypto platform. According to a CNBC report, the deal is worth $175 million over 10 years.

Crypto.com is not only trying to market itself through sports, its also trying to bring NFTs and crypto to the sports world. The company’s deals with the UFC and Formula 1 include language about helping the sports industry create and issue NFTs to fans, as well as helping them become more involved in the overall crypto-space.

Crypto.com will lay off 260 people, shrinking by 5%