Crypto critic Nouriel Roubini faced off with some of the industry’s biggest proponents during the CC Forum conference in London but surprisingly found common ground with one of the most controversial figures in the space—Craig Wright. 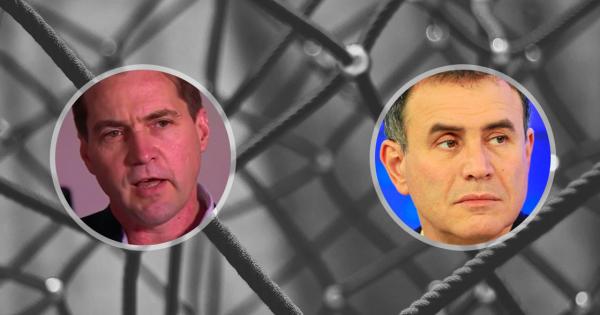 Crypto critic Nouriel Roubini faced off with some of the industry’s biggest proponents during the CC Forum conference in London but surprisingly found common ground with one of the most controversial figures in the space—Craig Wright. The two share the belief that the global financial system isn’t nearly as centralized as the crypto community believes it to be.

While the crypto industry has been known to bring people from all backgrounds together, few could have expected that the industry’s loudest critic and its most controversial figure will be able to find common ground.

During the CC Forum conference in London, economist and staunch crypto critic Dr. Nouriel Roubini found himself on the same wavelength as Craig Wright, the chief scientist at nChain and self-proclaimed Satoshi Nakamoto.

The 45-minute long panel was meant to discuss the current status of the crypto industry but quickly turned into a heated, aggressive argument. While everyone except Roubini was, in one way or another, involved with cryptocurrencies, none of the panelists seemed to agree on what the best use for Bitcoin or blockchain was.

Wright, who claims to be the original creator of Bitcoin, says it was envisioned as a transparent “tracing system” that enables people to access all of the information about their funds. Vays, on the other hand, believes Bitcoin to be a sovereign monetary system that is independent of any bank or government.

The main enemies most of the panelists pointed at were governments and banks. A large part of the crypto community believes these centralized entities assert total control over their customers’ or citizens’ finances and create an unfair system that’s prone to censorship.

But, Wright seemed to believe that centralization wasn’t nearly as big of a problem as it’s made to be. He went on to explain that there are”100 central banks” and “15,000 banks in the world”, all of which compete for a share of the market.

He said that the argument that the centralization meant that a single entity was in control of all of the assets and money that go through it isn’t valid, adding that the central bank issues currency, but doesn’t control where the banknotes go.

Roubini was the only one to agree with Wright, saying there what is often referred to as a “centralized system” isn’t actually centralized. The current global financial system currently has “thousands and thousands” of institutions and lots of means of payments, Roubini said, adding that there was a lot of competition in the market.

However, despite his criticism of crypto and lack of belief in the problem of centralization, Roubini was adamant that he is not a “defender of the traditional financial system.” What he believes is that the system’s “many inefficiencies” should be solved with fintech, big data, artificial intelligence (AI), and internet-of-things (IoT), and not cryptocurrencies.