Congress not looking to ban crypto as it has ‘too much money and power behind it’ Zeynep Geylan · 3 months ago · 2 min read
News › U.S.› Regulation

U.S. Congressman Brad Sherman admits crypto has too much money behind it to be banned, even though he sees it as a threat to U.S. national security. 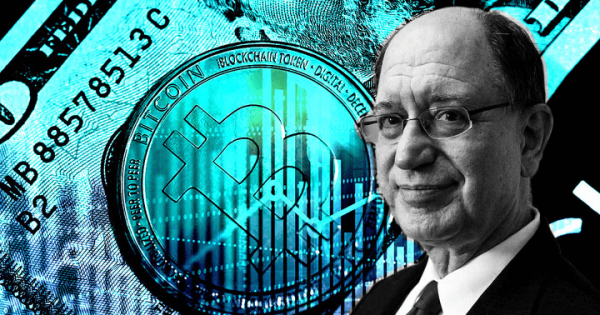 U.S. Congressman Brad Sherman said crypto has become too big and is unlikely to be banned any time soon, the LA Times reported on Sept. 4.

Sherman has been a vocal critic of cryptocurrencies and believes the technology poses a threat to U.S. national security. Sherman told the LA Times:

“I don’t think we’re going to get [to a ban] anytime soon. Money for lobbying and money for campaign contributions works, or people wouldn’t do it, and that’s why we haven’t banned crypto.”

According to The Times, he perceives the crypto industry as a “systemic threat” to the U.S. economy, dominance of the dollar, and national security. Sherman is also “particularly worried” about protocols like Tornado Cash.

US Congress’ stance on crypto

Congress is currently split on whether crypto is good or bad, but almost all representatives are worried about protecting investors — mainly via regulation and legislation.

After the U.S. Treasury banned Tornado Cash, Congressman Tom Emmer expressed distress with regard to the sanctions. He questioned what part of the blockchain and crypto technologies were sanctionable, and asked the Treasury to clarify the scope of sanctions.

On the other hand, Congress has been focusing on crypto more than ever this year. By introducing 80 bills from January 2022 to March 2022, Congress reached a record number of crypto-related bills.

The bills focus on six different categories, namely Central Bank Digital Currency (CBDC), crypto clarity on the regulatory treatment of digital assets, sanctions, ransomware, and implications of either China or Russia’s use of crypto.

In addition to working on the regulatory pillar, Congress also started tightening the watch over crypto companies. In August 2022, Congress sent letters to FTX, Kraken, Binance.US, Coinbase, and KuCoin, requesting information on how they combat crypto fraud. Congress is also trying to determine which department should be primarily concerned about the crypto companies.

Before the coldest winter of crypto history started, the crypto market had reached $3 trillion in volume. However, after the bear market hit, the market plunged by $2 trillion. On the other hand, prominent crypto executives aren’t worried about the fall.

They argue that the bear market will shake off the projects that don’t offer real value and make room for real innovation and value-added services. This will also increase the adoption which will pump the market cap in return.

According to a report published by Boston Consulting Group (BCG), Bitget, and Foresight Ventures in July 2022, crypto is currently at the very early stages of its adoption. The study showed that crypto is here to stay, and the real surge in adoption will start once it integrates with businesses and households.

Congressman Brad Sherman, born and raised in Southern California represents much of California’s San Fernando Valley, and is serving his thirteenth term in the United States House of Representatives. Learn More

Thomas Earl Emmer Jr is an American attorney and politician who has been the United States representative for Minnesota’s 6th congressional district since January 2015. Learn More