Executives of largest crypto companies commented on the current market and told CNBC that they expect thousands of currencies and blockchains to collapse in the near future. 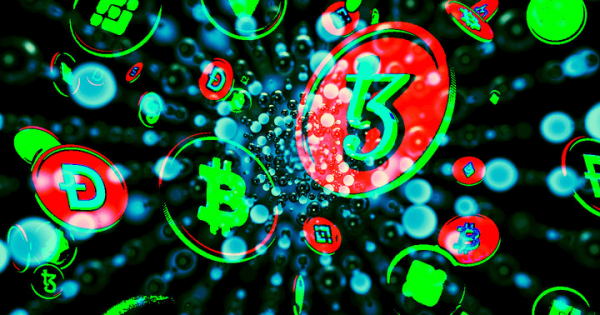 Prominent executives from some of the largest crypto companies talked to CNBC about the current market situation, and all agreed that thousands of projects would collapse following LUNA.

There are dozens of different blockchain platforms and more than 19,000 crypto currencies running on them.

Executives of the largest crypto companies agree that these numbers are way too much, and after the LUNA incident, the market will shake off most blockchains and thousands of coins soon.

“One of the effects of what we’ve seen last week with the Terra issue is we’re at the stage where basically there are far too many blockchains out there, too many tokens. And that’s confusing users. And that’s also bringing some risks for the users,”

He likened the crypto space to the early days of the internet, where there were far too many companies who didn’t add much value to the users. Just like these companies got cleared, Perez says, a lot of tokens and blockchains will also be cleared out from the crypto space soon.

Blockchain payment company Ripple‘s CEO, Brad Garlinghouse, said that there are around 180 currencies in the fiat world and questioned if we need over 19,000 currencies in the crypto space. He also added that he expects a type of scoring system to emerge in the future for the coins that manage to survive, with which the community can measure and evaluate the value of a coin.

FTX US President Brett Harrison  said the market would sort itself out and added:

“When you think about the blockchains … there probably won’t be hundreds of different blockchains in 10 years, I think there’ll be a couple of clear winners for different kinds of applications,”

Bullish on the bear market

While saying many projects and blockchains will collapse, the executives are not pessimistic about the future of crypto. On the contrary, they argue that the LUNA crash and the current bear market are more than welcome, as they will shake off the projects that don’t necessarily bring value.

Perez commented on the bear market conditions and said:

“We’re in a bear market. And I think that’s good. It’s good, because it’s going to clear the people who were there for the bad reasons,”

″[The] market, in my personal opinion, became maybe a little bit irrational, or maybe a little reckless to a certain extent. And when the times like that come, [a] correction is normally needed, and at the end of the day [is] healthy,”

Crypto execs also argued that the crypto community is growing despite the bear market. Everyone, including individual investors, big enterprises, and the regulators, wants to be involved in crypto now, Bjelic said.

More importantly, while the industry took a severe hit in terms of trust with the luna crash, it didn’t destroy the name of crypto, according to Circle‘s CEO Jeremy Allaire. Instead, it provided a lesson for the community.

“[The Luna collapse] made it very clear to people that not all stablecoins are created equal. And it’s helping people differentiate between a well-regulated, fully reserved, asset-backed dollar digital currency, like USDC”

Garlinghouse also argued that the credibility of the crypto name is intact despite the current market. He said:

“I think we’ve come a long way from three or four years ago when when I literally had just arrived here in the snowy version of Davos and someone said, you know, crypto is still a bad word here. That is no longer the case.”