The U.S. Department of Treasury sanctioned the crypto mixer Tornado Cash website on August 8, claiming that cybercriminals with affiliations to North Korea have been using it to launder money. 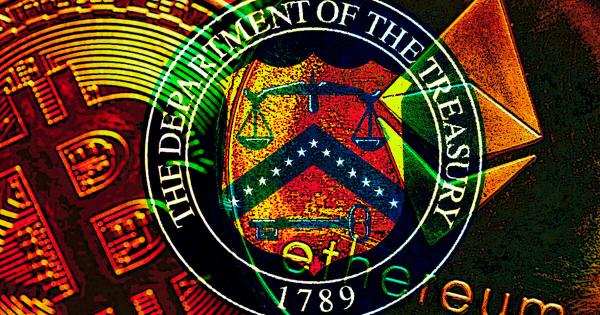 The U.S. Department of Treasury made Ethereum-based mixer Torando Cash (TORN)the first smart contract to get sanctioned by the U.S. government by banning it on Aug. 8 to prevent North Korean criminals from laundering money.

CommerceBlock’s privacy pioneer CEO Nicholas Gregory commented on this decision and told CryptoSlate that it is pointless when it comes to combating cybercrime.

“The U.S. government decided that the North Korean criminals are using this [Tornado Cash] smart contract, and so they concluded that it is valid to ban. Even if it is the case, the criminals will do what criminals do.”

“The ban on Tornado Cash makes little sense, because in the end, no one can prevent people from using other mixer smart contracts, or forking the existing ones. It neither hinders cybercrime, nor privacy.

What if someone outside the U.S. mixes their funds through Tornado and then puts them up on Uniswap. Then I go in and somehow get those ‘dirty’ tokens from Uniswap. Did I break the U.S. law now?”

The U.S. Department of Treasury announced the ban by posting a list of 39 Ethereum and six USDC addresses associated with Tornado Cash. The Office of Foreign Asset Control (OFAC) also added the 45 addresses to its Specially Designated Nationals and Blocked Persons (SDN) list. The ban applies to all American citizens and companies.

Research company CoinCenter also released a statement on the Tornado Cash ban and expressed their concerns over the liberty violations towards U.S. citizens.

“all Americans who may wish to use this automated tool in order to protect their own privacy while transacting online who are having their liberty curtailed without the benefit of any due process.”

On the other hand, Gregory mentioned that this decision makes little sense because it doesn’t prevent crime or fully hinder privacy. He said:

“The ban on Tornado Cash makes little sense, because in the end, no one can prevent people from using other mixer smart contracts, or forking the existing ones. It neither hinders cybercrime, nor privacy.”

He continued to emphasize that this ban is critical because it’s the first smart contract that got banned by any government.

Crypto mixers like Tornado Cash offer extra privacy to crypto users who want to transfer their funds. In its simplest sense, mixer protocols collect funds, mix them and send them to their respective receiving wallet addresses. It becomes impossible to match the sending addresses with the receiving ones.

While enhanced privacy is always appreciated, this feature also attracts cybercriminals. A recent study by Chainalysis revealed that crypto mixer usage reached an all-time high of $51.8 million in July 2022.

So far, Tornado Cash has been one of the most popular choices amongst hackers. Attackers of Axie Infinity’s Ronin Bridge, North Korea’s Lazarus Group, as well as Inverse Finance‘s, Beanstalk‘s, and Deus DAO‘s attackers have been associated with the Tornado Cash.

Chainalysis’ report also shows that criminal organizations with known affiliations to North Korea laundered around $600 million only in the second quarter of 2022 using crypto mixers.

A spokesperson from the Treasury Department told Coindesk that the department has been working with the FBI to investigate the Lazarus Group in April 2022. The spokesperson also hinted at the upcoming sanctions, which might have included the mixer Tornado Cash.

“[the Lazarus Group actors] risk exposure to US sanctions. This demonstrates Treasury’s commitment to use all available authorities to disrupt malicious cyber actors and block ill-gotten criminal proceeds.”

“There may be mandatory secondary sanctions requirements on persons who knowingly, directly or indirectly, engage in money laundering, the counterfeiting of goods or currency, bulk cash smuggling, or narcotics trafficking that supports the Government of North Korea or any senior official or person acting for or on behalf of that Government.” 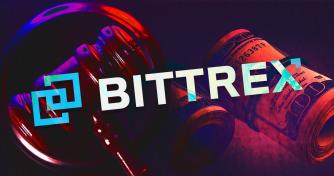 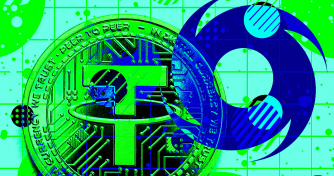 Nicholas is a cryptocurrencies Entrepreneur, Software Engineer and has been involved with bitcoin since 2012.  Providing start-up support, Nicholas worked on bitcoin specifications and has been instrumental in designing bitcoin protocols such as MainStay and Statechains.