Crypto exchange Coinbase rolled out support for the upcoming ETH 2 upgrade, as per an announcement on Monday. 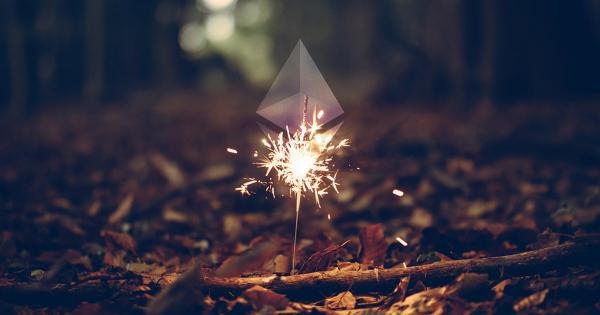 Crypto exchange Coinbase rolled out support for the upcoming ETH 2.0 upgrade, as per an announcement on Monday. Users can then stake their coins at the exchange and reap rewards without the need to run their own nodes.

The move comes as Ethereum 2.0’s “beacon chain” launches today, Dec. 1, marking the first phase of a multi-year move to a proof of stake protocol. The latter is a shift away from Ethereum’s current proof of work design, and would see faster transactions, lower fees, better scalability, and improved rewards for all stakeholders of the network.

On December 1, the Ethereum Beacon Chain will launch, beginning a multi-year upgrade to Ethereum 2.0 (ETH2). Coinbase intends to fully support ETH2 through staking and trading.

Coinbase said customers will be able to convert ETH in their Coinbase accounts to ETH 2.0 and earn staking rewards. However, while all staked ETH 2.0 tokens would remain locked on the beacon chain, Coinbase will enable trading between ETH2, ETH, and all other supported currencies providing liquidity for our customers.

“We’ll be launching the above features to customers in eligible jurisdictions starting in early 2021. We’ll communicate more details closer to the launch of each feature,” noted Coinbase.

Crypto researcher “Hasu” noted out the introduction of Coinbase’s staking rewards would create a dual-asset system where the original ETH would be locked up to maintain the network and a derivative representing that lock up would be available to use for trading and investments.

Here we go. Coinbase doing exactly what I predicted:
* Users can mint BETH by staking ETH via Coinbase
* they can trade BETH against ETH and other coins on Coinbase
* get staking rewards AND liquidity at the same time

This is very attractive. Other exchanges will follow. https://t.co/K3BbxQF5kS

However, Ethereum founder Vitalik Buterin pointed out that such derivative instruments would be specific to various service providers (such as individual exchanges, wallets, or staking services).

“There won’t be two assets. There will be N+1 assets: ETH (on the eth1 chain or self-staked), and N third-party staking derivatives from all the different providers,” said Buterin.

There won't be two assets. There will be N+1 assets:

The Ethereum network has grown multifold in the past week in terms of total nodes, even eclipsing those of Bitcoin.

As reported by CryptoSlate yesterday, over 11,000 Ethereum nodes are now run by validators around the world, compared to Bitcoin’s 10,981. A sharp surge in the former’s nodes occurred last month itself, as interest in the network grew significantly.

The fast growth of the Ethereum network has now catapulted it to the biggest blockchain network, even though it was created over six years after Bitcoin. This can be attributed to the wide number of applications, instances, and products run on Ethereum compared to Bitcoin, which has seen less usage as a tech network and more as a digital asset.

Ethereum trades at $603 at press time and is down -1% since Monday.