Number of Ethereum nodes surpasses Bitcoin’s for the first time

Ethereum is booming and now the so-called “world’s decentralized computer” has now surpassed Bitcoin in terms of the total nodes, new data showed. 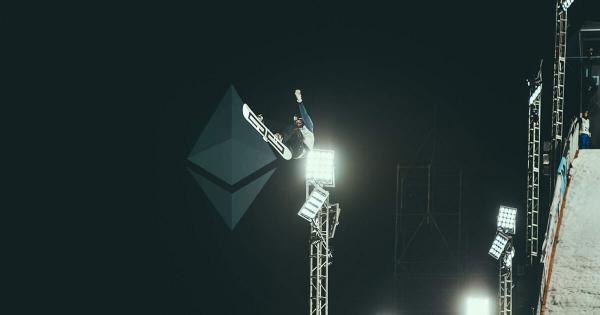 Ethereum is booming and now the so-called “world’s decentralized computer” has now surpassed Bitcoin in terms of the total nodes, new data showed.

Data from Ethereum node service and technology company Bitfly showed that the Ethereum network now has over 11137 active nodes, as per a tweet. Bitcoin, on the other hand, has 10981 active nodes.

There are now more #Ethereum nodes than #Bitcoin nodes.

Nodes are essentially the backbone of any blockchain system. Within these is where the blockchain’s data is stored, and they can be run on both commercial servers or the average user computer.

All blockchain nodes are connected to each other and constantly exchange the latest data with each other to keep the network “updated.” Data is hence stored, spread, and preserved within the blockchain, with nodes that contain a full copy of the transaction history of the blockchain called “full nodes.”

The fast growth of the Ethereum network has now catapulted to the biggest blockchain network, even though it was created over six years after Bitcoin. This can be attributed to the wide number of applications, instances, and products run on Ethereum compared to Bitcoin, which has seen less usage as a tech network and more as a digital asset.

Where are all the Bitcoin (nodes)?

Interestingly, China, which controls a majority of Bitcoin’s hashing power, does not seem to have any trackable Bitcoin nodes.

The Ethereum network saw strong growth in the past week, with over 2,200 nodes added after Nov. 23. This coincides with the upcoming ETH 2.0 network launch, which sees Ethereum shift from its current proof of work consensus design to a proof of stake mechanism.

It goes live on Dec. 1, i.e. tomorrow, and is the first of a number of various phases. Ethereum would see a faster network, lower fees, and more scalability once ETH 2.0 is rolled out, a move that could take years before being completed in its entirety (the various phases will be continually deployed).