The crypto billionaire is jumping in on the NFT frenzy with some electronic music produced in association with DJ DAVI. 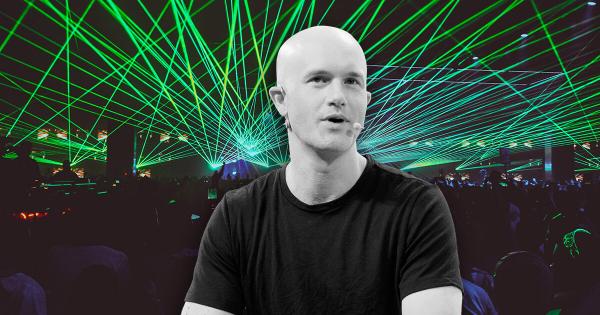 Coinbase CEO Brian Armstrong has big things up his sleeve for the next week: There’s the much-awaiting public listing of Coinbase on April 14, and there’s his first set of non-fungible tokens (NFTs).

“Over the next few days, I’ll be releasing some electronic music that I created with DJ DAVI (David Khanjian). We’ll be releasing them as NFTs,” said Armstrong in a tweet this morning.

NFTs are blockchain-based representations of tangible or non-tangible objects that prove their holder is the true owner of whatever the underlying represented asset is. The latter popularly includes crypto art and digital collectibles but can range from land, to virtual land, to just about anything.

One of the first music NFTs

Most NFTs that are sold these days are digital art from various artists, but music makers are soon catching up. And with the sub-sector being the rage these days, it’s unsurprising to see Armstrong release the tracks as NFTs instead of regular media files.

“We created these songs over the past year as a fun way for me to learn Ableton Live etc. To be clear – 99% of the talent comes from him, but it was fun for me to work on them nonetheless,” he said.

DJ DAVI is hailed as “LA’s best-kept secret” who specializes in electronic/chill music and DJs at night clubs in the city. He enjoys a strong fan-following, and the NFT launch with Armstrong would be his first, and all proceeds from the sale of the NFTs will go to DJ DAVI.

Meanwhile, Armstrong did not share many details about the release but said one of the songs would be technology-themed. “The theme of one of the songs is about building great stuff with technology, and never giving up,” he tweeted.

5/ All proceeds from the sale of the NFTs goes to David. The theme of one of the songs is about building great stuff with technology, and never giving up https://t.co/vsMKxwU10J

The three songs will go live as NFTs on Zora—a Coinbase Ventures portfolio company—in the ‘next few days.’