The NFT mania is sweeping through many industries, and the airline sector does not want to be left behind. 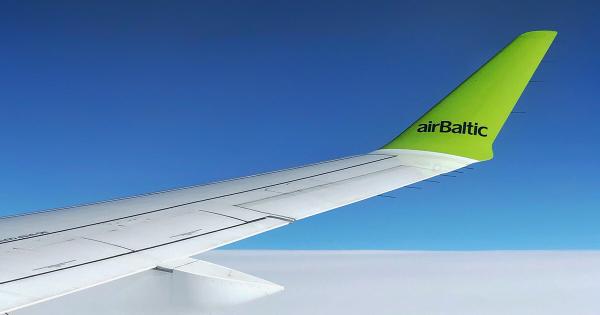 Latvian airline airBaltic announced that it will become the world’s first airline to issue non-fungible tokens (NFTs), as per a blog post released by the firm today.

Airline jumps on the frenzy

The airline will issue limited collector NFTs showcasing an individual Airbus A220-300 with its registration as well as a piece of art of one of the most beloved Latvian cities to promote tourism and Latvia in the world.

We are thrilled to announce that we will become the world’s first airline to issue non-fungible tokens! We will issue collector #NFTs showcasing @Airbus A220-300 as well as a piece of art of one of the most beloved Latvian cities: https://t.co/Sj83vib243 #blockchain #cryptoart pic.twitter.com/mJp4I6J1Gp

NFTs are blockchain-based representations of tangible or non-tangible objects which range from digital art to crypto collectibles to real estate and more. Nearly anything can be represented on the blockchain as an NFT, providing an immutable proof of the ownership of the underlying asset with the holder of those NFTs.

The sector has grown from a $200 million niche in 2019 to a sprawling $25 billion giant today. Movie stars, celebrities, and fashion houses are jumping on the NFT bandwagon with their own issuances, and airlines are now joining in.

“Blockchain technology has proven to be here long-term. After being the first airline to accept Bitcoin as a form of payment, it is the next step for us in blockchain technology to offer non-fungible tokens,” said Martin Gauss, Chief Executive Officer of airBaltic, in a statement.

“NFTs are not only used for digital art transactions but may as well be expanded to tickets for concerts and other unique one-time pieces, including airline tickets. The issue of the limited collector NFTs will serve as a tourism campaign for Latvian cities, certainly still an undiscovered destination for many.”

What will be on the NFTs?

In honor of Latvia’s centenary, in 2018, airBaltic invited everyone to vote on their favorite towns and cities in Latvia, after which the company’s Airbus A220-300 fleet was named.

Starting with Kuldīga, these cities will now one by one be represented on the digital art pieces issued by airBaltic. The initial drop of the first airBaltic limited NFTs will be announced later in April.

airBaltic is well known as the airline for innovation among global carriers. In 2014, airBaltic became the world’s first airline to accept Bitcoin payments for its flight tickets.

It has since expanded its payment options to include other cryptocurrencies, such as Bitcoin Cash, Ethereum, and Dogecoin, among others for bookings made on its website.