Apple, the Californian producer of software and consumer electronics, has been no fan of cryptocurrency ever since the sector gained steam back in 2012. 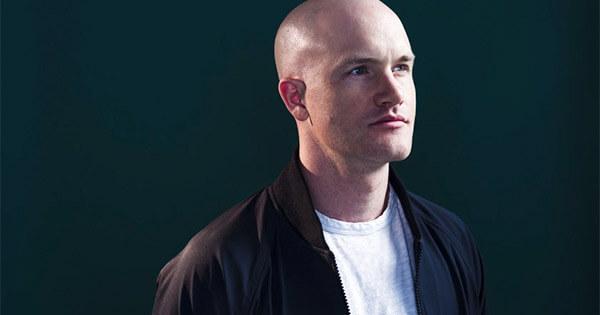 Apple, the Californian producer of software and consumer electronics, has been no fan of cryptocurrency ever since the sector gained steam back in 2012.

But until its competitors, like Google PlayStore — which is relatively better in terms of supporting the listing of crypto apps — Apple’s anti-crypto policies have proven difficult for entrepreneurs in the space hoping to cater to the iOS market.

And it’s not only smaller upstarts facing the burnt. Even behemoths like Coinbase —  a firm rumored to have an $8 billion valuation as per earlier reports — face perennial issues, which CEO Brian Armstrong detailed in a Twitter thread last week.

Armstrong started off by noting, “Why would Apple want to prevent people from earning money during a recession? They seem to not be ok with it if it uses cryptocurrency. This is what our Coinbase Earn product does.” He was referring to the broader burrowing and lending market in the crypto space, one that was gained prominence in recent months across both centralized players and “DeFi” protocols like Curve and Yearn Finance.

He then stated that even while Coinbase liaises with Apple to develop a product that conforms with the latter’s policies, it ends up diminishing the user experience. “We sometimes end up in bizarre negotiations with them, modifying the product, and asking users to jump through hoops (do a task on mobile, then move to the web to claim your reward!) to comply with their guidelines,” said Armstrong.

Why would Apple want to prevent people from earning money during a recession? They seem to not be ok with it, if it uses cryptocurrency. I'm not sure why. This is what our Coinbase Earn product does.

Armstrong said that DeFi and dApps are a “major area of innovation in financial services that has seen rapid growth lately.” The firm has listed several DeFi-centric projects in recent times, such as Compound and YFI. However, Apple’s policies mean users cannot easily interact with the networks via Coinbase.

He explained the view:

“There are many unbanked and underbanked people in the world who have no ability to get a loan to buy a home or start a business, so this kind of technology has enormous potential to improve the world over time, even if it is still early days.”

I greatly admire Apple as a company, and think they build amazing products, but their restrictions on the app store, in particular around cryptocurrency, are not defensible in my view, and they are holding back progress in the world.

“Recently Apple announced a way for developers to suggest updates to the App Store policies. Our team is planning to submit a formal request for Apple to allow its users to earn crypto and see a list of decentralized finance apps.”

Meanwhile, not everyone was against Apple’s decision to delist crypto applications based on security issues and consumer concerns. The general consensus was that Apple had a good reason to disallow cryptocurrencies based on the infamous aspects of the crypto market — the frauds, the scams, and the malicious actors.

“CryptoWhale,” a popular, anonymous commentator of the crypto markets on Twitter, said of the Coinbase CEO’s comments:

Coinbase’s desire to add DeFi support is only to ride the hype train, and Apple is smart enough to know it won’t end with “the money in customers pockets” but rather yours.

Apple is a company and the AppStore is their own product/property, not a public utility. It often feels like some product and services should be more open or easier to use but ultimately it’s the company’s/owner’s decision…similar to how Coinbase decides which tokens to list.

Which side are you on?

CRV is a governance token on the Curve platform with time-weighted voting and value accrual mechanisms.. Learn more