Poloniex and Circle part ways at the expense of their users

Circle, a global blockchain finance company, is finalizing the process of parting ways with the Poloniex crypto exchange. In an announcement, the company said it may begin charging fees to Poloniex customers in the U.S.

According to the company’s Medium post, all U.S. Poloniex customers must withdraw all of their assets before the Dec. 16 deadline. Those who fail to withdraw their funds could lose direct access to their Poloniex U.S. accounts or have the assets in their accounts traded into and stored as USDC.

Apart from that, some users could be charged a monthly service fee and a one-time dormancy fee. The company noted that users will not be charged more than their total account balance.

Circle’s struggles with Poloniex have been the subject of many reports since it acquired the exchange in 2018. After an attempt to revitalize Poloniex by moving its operations to Bermuda, the two companies finally decided to part ways and announced the separation in October.

Despite ending trading for U.S. Poloniex customers on Nov. 1 and announcing the Dec. 16 withdrawal deadline, Circle provided no details on the repercussions its clients would face. 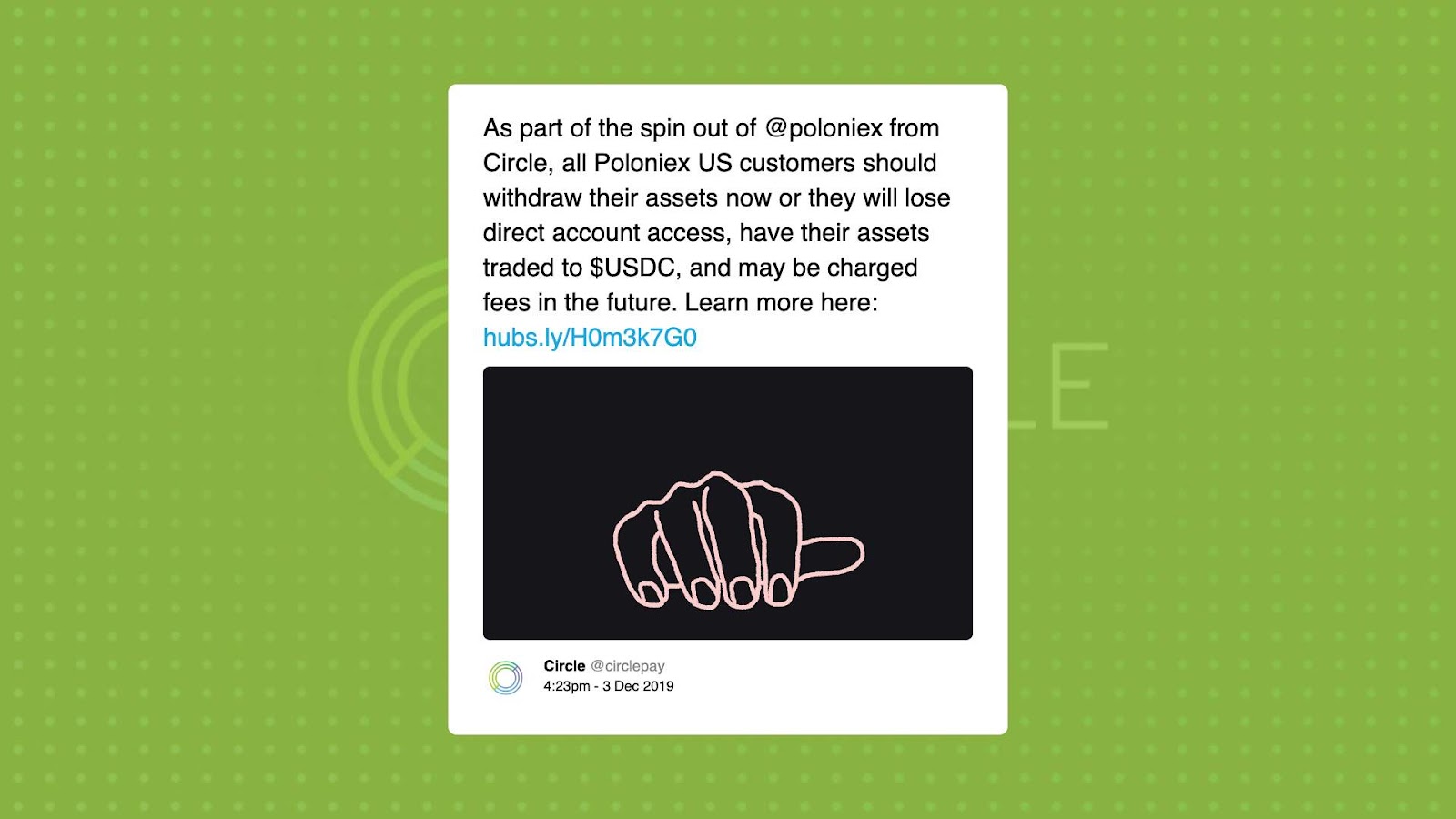 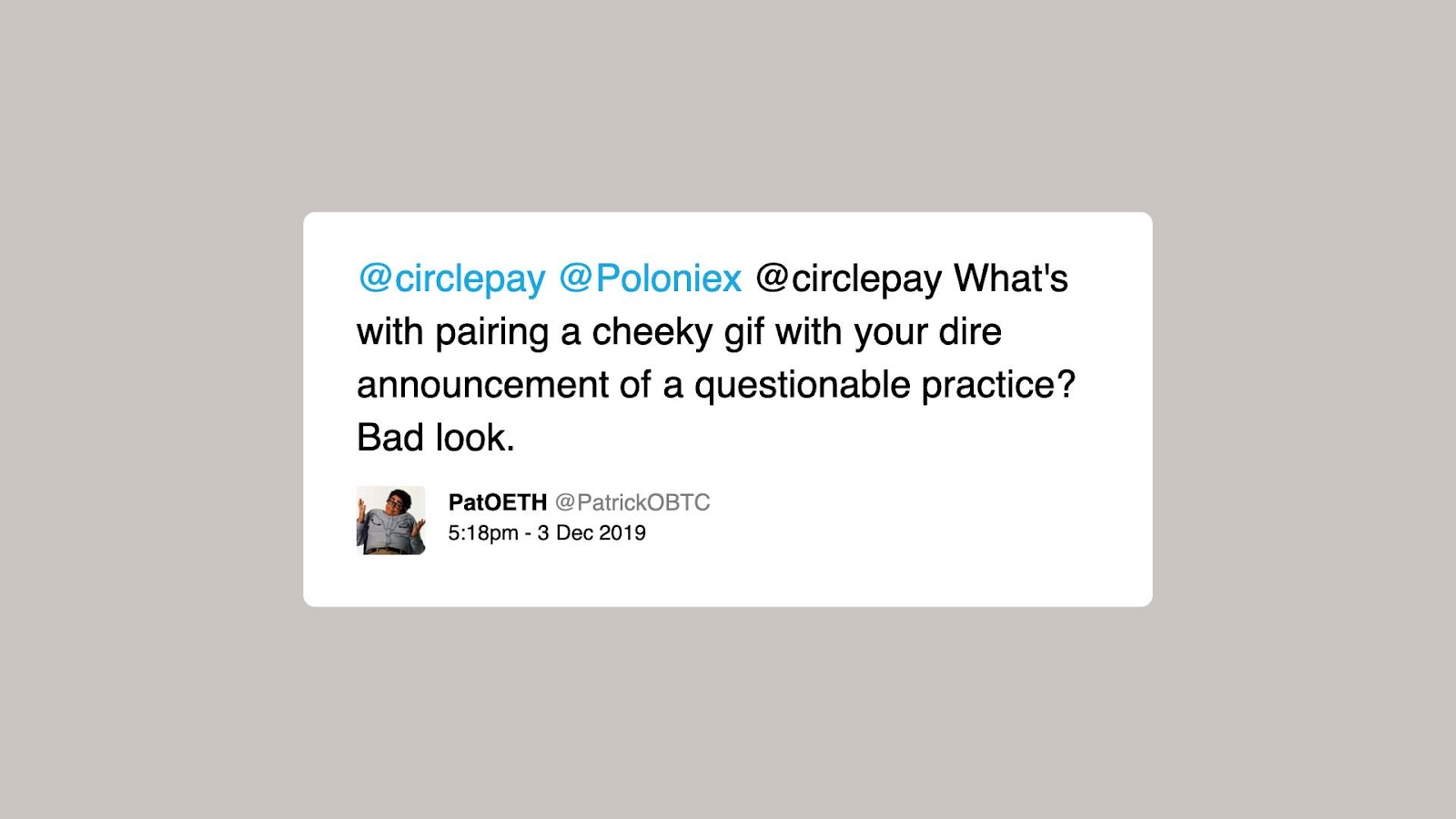 Multiple users complained about their accounts being frozen despite being high-tier verified accounts. Others were more worried about the prospect of having their funds converted to USDC. Having a huge amount of assets sold for Circle’s stablecoin has the potential to crash a lot of illiquid markets, users warned, with some even questioning the legality of Circle’s request.

TRON’s new wave of developments could soon pay off

The TRON Foundation is making significant strides to push the adoption of its native cryptocurrency, TRX.