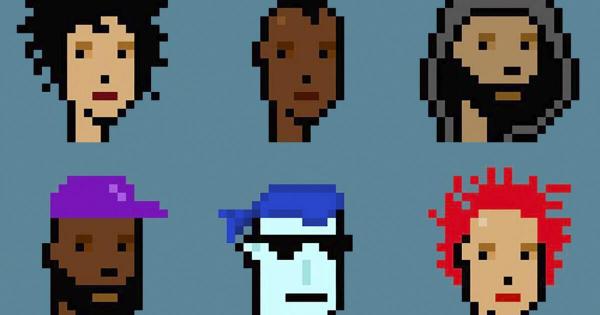 Nine rare CryptoPunks non-fungible tokens (NFTs) were sold for $16.96 million in total via legendary British auction house Christie’s today, as per a tweet.

NFTs are a special type of unique, non-interchangeable tokens that can represent all kinds of digital media such as artworks, music, photographs, or videos. They can be minted as one-of-a-kind or in small batches, creating provable scarcity and acting as digital certificates of ownership.

The CryptoPunks project, developed by blockchain startup Larva Labs, is considered one of the first “OG” NFT platforms. There are 10,000 such tokens in total, and some of them have been sold for millions of dollars in the past.

Recently, Larva Labs has launched another NFT platform called Meebits. These collectibles are mostly similar to CryptoPunks in functionality, except that instead of randomly generated pixelated images of “punks,” each Meebit is represented as a blocky 3D model à la Minecraft.

As CryptoSlate reported, one user managed to nab $765,000 by selling one of the rarer Meebits last week. Notably, he used an exploit to continuously “reroll” tokens until an ultra-rare one got minted.

Sales of non-fungible tokens—and prices that people are prepared to pay for them—have been turning a lot of heads lately. Over the past few months, NFTs not only exploded in popularity among crypto enthusiasts but already went full mainstream by now.

Recently, for example, popular American talk show host and comedian Ellen DeGeneres auctioned off her first NFTs collection for a total of $30,955. Prior to that, famous YouTuber Logan Paul sold $3.5 million worth of his NFTs in just one day. Not to mention now-legendary NFT artwork made by crypto artist Beeple that was auctioned off for $69 million in March.