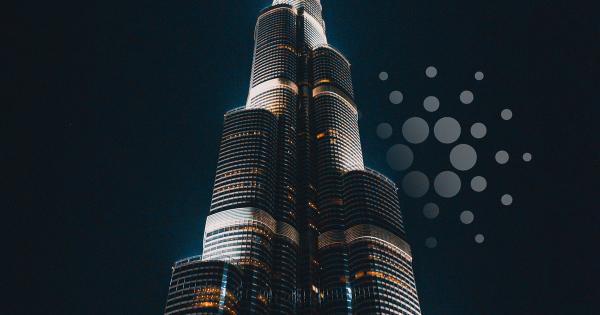 The long-awaited balance snapshot for Cardano’s Shelley incentivized testnet was an overwhelming success. Charles Hoskinson, the CEO of IOHK, said that the company managed to achieve a lot in a short period of time even though it was facing issues during the check.

It seems that slow and steady does indeed win the race, as Cardano has shown that a careful and calculated approach that learns through trial and error eventually achieves success. After an action-packed few weeks in which we saw the launch of exciting new projects and updates, the balance check for Shelley’s incentivized testnet has finally happened.

In another surprise YouTube AMA, Charles Hoskinson shared the latest news and updates around Cardano. Hoskinson, who is one of the founders of Ethereum and the CEO of Cardano’s parent company IOHK, doubled down on his belief that blockchain development is a tedious process that cannot yield results without years of work being put into it.

One of the biggest developments in Cardano in the past few months has been the balance check for Shelley’s incentivized testnet. The trial run before the network snapshot that will transfer users’ ADA onto the testnet was an overwhelming success, Hoskinson said.

The check, which was scheduled for Nov. 12, managed to achieve a lot in a short period of time. Hoskinson said that all of the expected errors and bugs occurred and were promptly resolved by Cardano’s team. Issues stemmed both from Cardano as a 2018 legacy bug was discovered and users who failed to follow the adequate procedure.

The biggest problem users were faced with as having their wallets show an incorrect balance after the snapshot.

Even with the bugs that occurred, Hoskinson said that the biggest challenge was getting everything and everyone to work together. Luckily, the balance check managed to accomplish that, he said, adding that the team was happy with the velocity and the state of the software.

Following eras of Cardano could happen at the same time

While the balance check is just a drop in the bucket that is the development of Shelley, it’s a step in the right direction. Any successful test seems to restore the community’s faith in Cardano, which always seems to be on thin legs due to its slow development process.

Hoskinson, on the other hand, seems to have extremely ambitious plans for Cardano. One of the main topics he will discuss the upcoming Cardano workshop on Dec. 2 will be the 2020 roadmap. It will be the first time he openly discusses the possibility of launching Shelley and Goguen, two separate eras of Cardano, together.

He said, adding that there was a good possibility they would be launched at the same time:

“We’re fairly optimistic that those things aren’t far apart from each other.”

This is a major step for the company. The arrival of Goguen will mean that Basho, the era of Cardano that focuses on scalability and interoperability, will be close behind. All of these updates serve as building blocks that will be used to create a stable foundation for Voltaire, the blockchain’s final era. Voltaire, Hoskinson explained, is about governance and will bring about a built-in voting system that serves both the treasure and updates.

However, the Cardano community will have to wait at least until Q2 2020 before any major updates about Voltaire are released. The release of Voltaire will happen around the same time when IOHK’s contract to work on Cardano will expire. Hoskinson said that the future of IOHK’s involvement with the project will most likely be decided through votes cast through a Cardano Improvement Proposal Committee (CIP).

People will be able to interact with CIPs through the newsfeed in the newly released Cardano wallets, he explained, adding that they will be transmitted as transactions on the Cardano blockchain.

Next year is set to be one of the most action-packed ones for Cardano. Hoskinson revealed that the company’s priority for 2020 will be to add features to Cardano without using a lot of coding. Another important pursuit for 2020 will be the development of decentralized applications (dapps) on Cardano.

Hoskinson only touched on the topic of Ethereum interoperability, saying that it would be discussed in detail during the December summit.

A holistic approach to blockchain

While it was a welcome change of pace to hear some of the concrete developments made by the company, the Cardano community wanted to dive deep into Cardano’s long-term strategy. Many viewers were interested in Cardano’s plans with ADA, its native cryptocurrency. With a stagnating price that lost most of its value following the 2017 ICO boom, many seemed worried about the future of their ADA investments.

Hoskinson didn’t take kindly to those seeking only the short-term, trading value in cryptocurrencies. He said that Cardano was one of the few, if not the only company that has taken a holistic approach towards transactions on the blockchain and that it has set its sights on changing the world, not getting rick quickly.

When it comes to ADA, Hoskinson seems to believe that there’s a strong connection between ADA as a store of value and ADA as a backbone to the Cardano protocol. ADA’s value will naturally rise as the number of users on the blockchain increases.

“If the goal is appreciation, it’s achieved through the use of the system.”

For people to use a system it needs to host dapps and enable efficient transactions, he added. Ensuring that Cardano’s development goes in that direction will be the job of the Cardano Foundation and EMURGO.

Both entities are already knee-deep in blockchain development. The Cardano Foundation already supports various initiatives that focus on blockchain governance and implementation, especially in Africa.

IOHK’s “holistic” approach to blockchain is evident in its relationship with patents. Hoskinson believes that blockchain and crypto companies that hold patents have a warped view of what the industry represents. The point of the crypto industry is to decentralize everything and make sure there is no one person or entity in charge, he said.

The crypto industry hosts some of the most complex software created anywhere and patenting it would just render it obsolete.

He said, adding that burning tokens is something that could never happen at Cardano.

“They’re market manipulation on the short term for speculators at the expense of the future of the protocol.”

It would require Cardano to steal from people, as there is no large supply of ADA sitting around waiting to be burned, he said. While it provided Stellar with a short-term price appreciation, the burned tokens are essentially permanently lost value that could have been used for protocol development.

This post was last updated on November 7th, 2019 at 02:21 amIn another surprise AMA session, Charles Hoskinson shared the latest updates on Cardano.

This post was last updated on June 20th, 2021 at 03:10 pmCryptoSlate recently had the opportunity to talk with the CEO of EMURGO, Ken Kodama.

This post was last updated on November 7th, 2019 at 02:21 amCardano has announced that a new update of the Daedalus wallet has gone live on the Cardano mainnet.