Chainlink (LINK) is bumping higher on Sunday and Monday morning as the altcoin market has begun to rip higher. 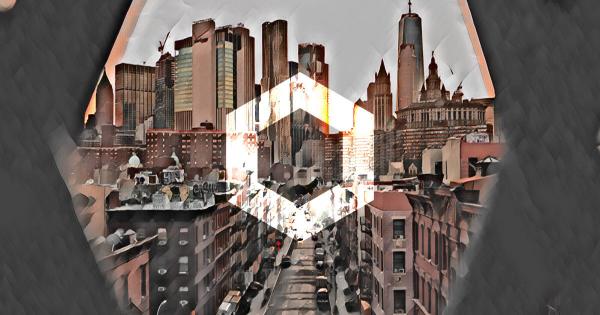 Chainlink (LINK) is bumping higher on Sunday and Monday morning as the altcoin market has begun to rip higher.

The seventh-largest cryptocurrency is up five percent in the past 24 hours, making it the top-performing altcoin in the top 10 by market capitalization. LINK is currently trading at all-time highs, having broken out of its consolidation against BTC and the U.S. dollar a few weeks ago.

The strength in the Chainlink coin comes as Grayscale’s chief executive has hinted at an upcoming announcement that many expect to involve the popular cryptocurrency.

Just minutes ago as of this article’s writing, Michael Sonnenshein, the CEO of Grayscale Investments, posted this somewhat cryptic tweet below:

stay tuned CT, @Grayscale and I have something good for you in the AM!

As can be seen, it was vague. Though considering recent company filings spotted online, many think this relates to potential altcoin investment vehicles that will be launched by the asset manager.

Grayscale Investments is a Wall Street digital asset manager focused on allowing institutional players to obtain exposure to Bitcoin and Ethereum. While most of its assets under management are in its BTC and ETH positions, the company offers investment vehicles for assets down the crypto risk curve.

Rumors recently began to spread that LINK, along with a number of other altcoins that are from the 2017-2018 bull market, is going to be added to Grayscale’s umbrella through a number of new Trusts. Trusts are Grayscale’s preferred investment vehicles.

As reported by CryptoSlate previously on the matter, documents were recently spotted online of a Grayscale Chainlink Trust. The Trust was purportedly established on December 18th as a Delaware Domestic Statutory Trust.

Filed on December 18th, 2020 as a Delaware Domestic Statutory Trust

Is it real or just an elaborate larp? Only time will tellhttps://t.co/ej4bYWysYz#Chainlink $LINK pic.twitter.com/bLZP5Jnwvw

This fueled speculation that the asset is being added to LINK.

The reason why this is so important is that it is widely believed that inflows into Grayscale’s variety of Trusts are critical in driving the crypto market higher. Grayscale services institutional players that collectively siphoned over $3 billion worth of capital into the cryptocurrency market via the firm through Q4 of 2020.

This froth in the LINK price comes as the entire altcoin market has seen some absurd price swings.

While ghost chain coins are dead, many decentralized finance (DeFi) coins are undergoing a true re-rating. There are countless DeFi coins up by over 30 percent in the past 24 hours.

Some fear that this surge in the face of stagnation in the Bitcoin price is the sign of euphoria before a correction.

A mysterious company popped up in the US state of Delaware. 2 min read

What’s beautiful and kind of scary about DeFi is that everything is on-chain: if you know someone’s address, you can track their investments and their other interactions with the Ethereum ecosystem. 2 min read