Celsius Network, a cryptocurrency lending platform, announced that it has surpassed $4.25 billion in loan origination. 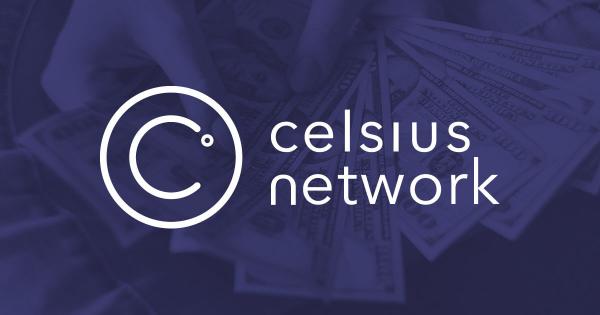 Celsius Network, a cryptocurrency lending platform, announced that it has surpassed $4.25 billion in loan origination. In a press release shared with CryptoSlate, the company said that it was a 93 percent increase from the $2.2 billion it recorded at the beginning of 2019.

Crypto lending is the fastest growing industry in the crypto market

Using cryptocurrencies as collateral for fiat loans isn’t a new idea, but few companies so far have been able to create a successful business that provides cryptocurrency loans. Nonetheless, there are many crypto lending platforms available, all of them competing for an equally small part of the market.

Back in April, a Bloomberg report showed that there has been a steady increase in the number of people using various cryptocurrencies as collateral to borrow money. The increased interest in crypto loans, however, has opened up Pandora’s box—a lack of oversight of the industry has enabled numerous bad actors and shady businesses to open up shop.

Many crypto lenders are often opaque about where or how they store a borrower’s digital currency, as well as the fees the platform charges, Bloomberg reported.

One of the bigger players in the space, Celsius Network, set out to challenge these industry standards with a transparent business model and an innovative approach to distributing loan interest. The company’s CEO, Alex Mashinsky, said:

“Celsius gives back 80% of loan interest to our depositors with no minimums, caps, fees or penalties.”

More than $4 billion in loan origination

In a press release shared with CryptoSlate, Celsius Networks announced that the increased interest in crypto lending allowed the company to surpass $4.25 billion in loan origination since beginning its lending operations in July 2018. This is a 93 percent increase from the $2.2 billion at the beginning of 2019.

Its target audience, the company said, is everyone from ordinary customers sick and tired of low-savings bank accounts to institutions looking to profit from their crypto holdings.

There are currently over 50,000 members on the Celsius Network, 150 of which are institutions. While the company didn’t disclose who any of its clients are, its press release said that the list includes “some of the largest trading firms in the U.S.” and other HFT firms around the world.

The company’s generous loan interest distribution has reportedly earned its clients over $5 million in interest income since 2018. Mashinsky said in the press release:

“Our incredible growth shows there is high demand for lending platforms that put the needs of depositors first.”

Celsius token surged nearly 9 percent post announcement but the CEL token has an extremely low 24h-volume of $37,800 at the time of publishing. CEL token is currently trading at $0.053 which is nearly 25 percent of its ICO price.

Disclosure: Celsius is an advertiser on CryptoSlate but this is not a sponsored story.