Jack Dorsey, the founder and CEO of Twitter, revealed that the company will be spearheading an effort to create an open standard for decentralized social media. 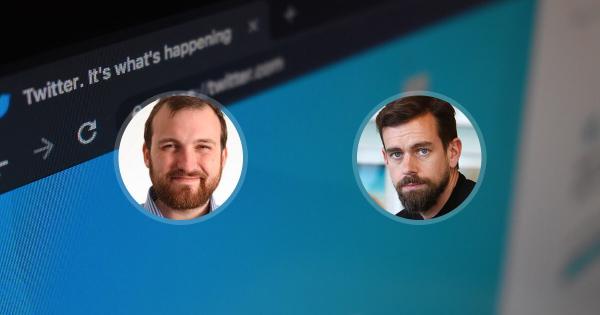 Jack Dorsey, the founder and CEO of Twitter, revealed that the company will be spearheading an effort to create an open standard for decentralized social media. The company has created Blue Sky, a small independent team, to build the standard that will ultimately host Twitter, Dorsey said.

One of the largest social media platforms in the world has set its sights on decentralization, arguing that the time has come for centralized solutions to be abandoned.

The new team, called Blue Sky, will be completely independent from Twitter, Dorsey said, adding that it will only receive limited direction from the company:

“For social media, we’d like this team to either find an existing decentralized standard they can help move forward, or failing that, create one from scratch.”

Blue Sky won’t only be tasked with developing a decentralized protocol—Dorsey said that Twitter wants an inclusive and open community to surround the project and push organizations, researchers, companies, and leaders to “think deep.”

Now is the best time to ditch centralization

So far, Dorsey’s ambitious project is still in its infancy. Apart from Parag Agrawal, Twitter’s chief technical officer, who will be tasked with finding a lead for the project, nobody has been hired to work on Blue Sky yet. According to Agrawal, the ideal candidate for Blue Sky’s lead is an experienced, hands-on blockchain veteran with a knack for social media.

Despite these hurdles, we believe that there is the potential for massive positive impact for Twitter and for society. If you agree, and are as excited to confront these challenges as we are, please reach out by DMing @bluesky. I look forward to meeting you and learning from you.

That will be the only HR interference from Twitter, Dorsey said, explaining that the project’s lead will then have to choose the rest of the five-strong team alone.

Blue Sky will have a tough road ahead, though, as the effort could take several years to complete. Enforcing Twitter’s abuse and misleading information policy through a decentralized protocol will be the team’s main goal. Apart from that, it will also focus on creating alternatives to the current recommendation algorithms on Twitter.

Twitter’s timing couldn’t have been better. Dorsey said that all of the fundamentals for creating viable decentralized solutions were already here, which is why the company decided to jump back on the decentralization train it abandoned in its early days.