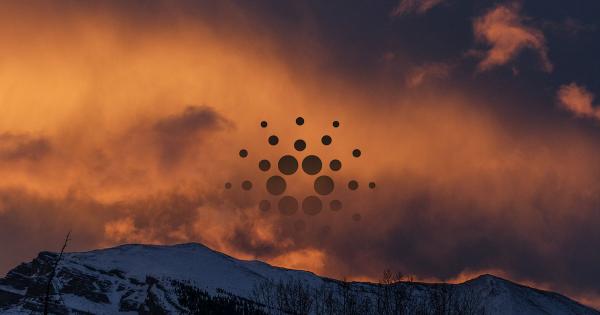 Cardano’s native cryptocurrency ADA has just gotten new use cases. Yoroi, the official Cardano wallet, has announced that its Android mobile app now supports staking on the Shelley testnet, while ADA/USD trading has just been enabled on the Binance.US exchange.

Android users can now stake ADA from their Yoroi Wallets

In line with its ambitious expansion plans, Cardano has announced new use cases for its native cryptocurrency, ADA. According to an update from Yoroi, the official Cardano wallet, users will now be able to stake ADA on the Shelley Incentivized Testnet directly from their mobile wallets.

This feature is only available on the Android Yoroi mobile app, the company said, adding that the iOS app is currently being reviewed by Apple and should be released shortly.

While enabling staking on mobile will certainly make it convenient for more users, Yoroi noted that only those that held ADA during the Shelley testnet snapshot on Nov. 29, 2019, will be able to stake their funds.

While staking is still at its earliest stages, ADA trading is becoming increasingly popular. The latest major exchange to list the coin was Binance.US, the U.S.-only arm of Binance, one of the largest cryptocurrency exchanges in the world.

The exchange announced the listing last week, saying that ADA/USD and other trading pairs have become available on the Binance.US app. The listing is in line with Cardano’s expansion plans—earlier this month, Charles Hoskinson, the CEO of IOHK, announced that the company was negotiating with several big players in the industry to list ADA.

The coin has seen it’s price spike more than 11 percent in the past 24 hours, jumping from $0.062 to $0.069 in a matter of hours. There doesn’t seem to be a significant consolidation any time soon and the coin is expected to continue its upward trajectory in the following days.

Trade Cardano (ADA) on Binance.US and get $15 when you complete $100 in trading volume

Sign up for Binance.US CryptoSlate will earn a small referral fee when you join.

This year’s World Economic Forum in Davos has opened many new doors for Cardano.