The search interest for Cardano (ADA) is the highest it has been this year, data from Google Trends has shown. 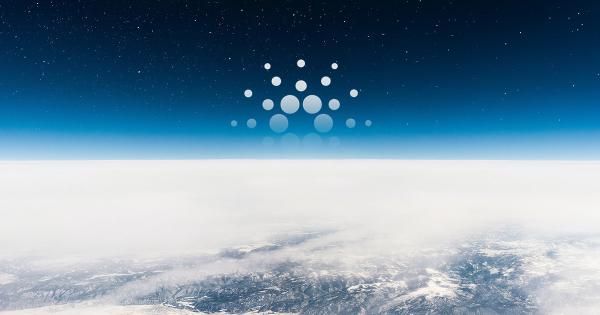 The search interest for Cardano (ADA) is the highest it has been this year, data from Google Trends has shown. The rising interest in the promising blockchain platform follows the rise in the network’s on-chain strength and major developments coming from IOHK, all of which indicate that ADA could be up for a bull rally.

More people than ever are talking about Cardano

While the promises made by the platform have remained the same in the past five years, it seems that it took time for Cardano to become the talk of the town. Shelley, the network update that will bring about staking to the platform, is now closer than ever, and will finally pull Cardano from the realm of possibility and push it right at the forefront of the crypto market.

The testnet for Shelley was opened to all stake pool operators earlier this week, bringing a lot of attention to the platform.

Data from analytics company LunarCRUSH showed that almost 6,000 social media posts mentioning Cardano were published in the past 24 hours alone. The company’s metric measuring overall social engagement showed that there were over 10.7 million posts, comments, retweets, and favorites across all social media.

People search for Cardano as number of addresses grow

It’s not only social media posts that are growing for Cardano. Data from Google Trends has shown that searches for the platform are the highest they have been in the past two years.

All of the online traction Cardano has been getting comes at a time when the network has seen its strength increase significantly. Blockchain analytics firm IntoTheBlock reported on Jun. 6 that more Cardano addresses are holding ADA than ever before, with the metric reaching 385,080 addresses late last week. This count has seen near consistent growth since the 2018 bubble, according to the firm’s data.

This indicates that ADA is becoming less and less concentrated over time, showing that the coins are leaving the hands of whales and going into the hands of more retail users. That isn’t to say that institutional money is ignoring Cardano—as reported by CryptoSlate, the latest ADA surge was most likely fueled by large investors. Data from IntoTheBlock showed that $7 billion worth of ADA, which is more than 300 percent larger than its current market capitalization, was transacted by large-size holders on May 31 alone.

Furthermore, three of the company’s seven core metrics — Net Network Growth, Smart Price, and the Bid/Ask Volume Imbalance — are currently “bullish,” adding to Cardano’s bull case. The overall social sentiment towards Cardano is almost 80 percent bullish, data from LunarCrush has shown, further proving that ADA could be up for an interesting few months.