In addition to buying tickets, club supporters will also be able to pay for food and drinks at Oxford City's RAW Charging Stadium using BTC via the Lightning Network. 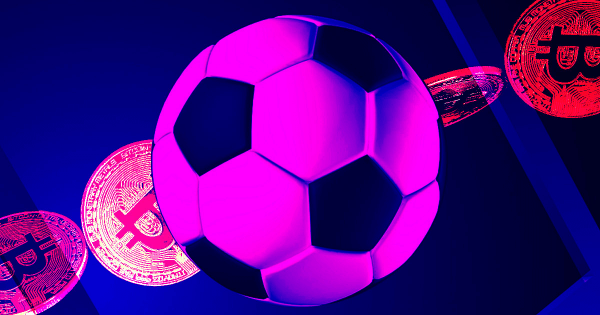 In addition to buying tickets, club supporters will also be able to pay for food and drinks at Oxford City’s RAW Charging Stadium using BTC via the Lightning Network.

To realize this vision, the team has come together with Isle of Man-based Bitcoin company CoinCorner in a multi-year agreement. The back of the team’s shirts will now feature a large logo of Bitcoin alongside the firm’s native branding. CoinCorner CEO Danny noted that the deal will make Oxford City the first adopter of Bitcoin at a national level, adding:

“We believe this move will set a trend across Non-league and Football League divisions as digital currency establishes itself as the new normal for sports fans and event-goers across the U.K.”

Recently, crypto investor and advocate Peter McCormack’s football club, Real Bedford, announced that it would accept Bitcoin for matchday tickets. However, McCormack’s team participates in a local league called the ‘Spartan South Midlands League,’ which is not affiliated with the national soccer ecosystem.

Justin Merritt, Director of Football at Oxford City F.C., noted that over 3.3 million U.K. residents are now in possession of BTC, signaling a rise of one million people over the last 12 months alone. While club fans don’t need to engage with the technology, he sees Bitcoin payments becoming a “new normal in English football.”

Crypto payments have not been confided to just soccer teams, with the NHL’s San Jose Sharks announcing in June 2021 that it will allow fans to pay for season tickets, suite leases, and partnerships for the 2022 season via Bitcoin, Ethereum, and Dogecoin.

Lastly, the NBA’s Dallas Mavericks announced a partnership with BitPay in March of 2021, allowing fans to pay for tickets and merchandise using Dogecoin alongside several other crypto assets. The same month, the MLB’s Oakland Athletics revealed that they too will accept Bitcoin payments for booking in-stadium suites.

NFTs are coming to collegiate sports in this new marketplace