NHL team San Jose Sharks to accept payments via Bitcoin, Dogecoin, and others

The side has entered into a partnership with Bitpay to enable the new transaction option to work smoothly. 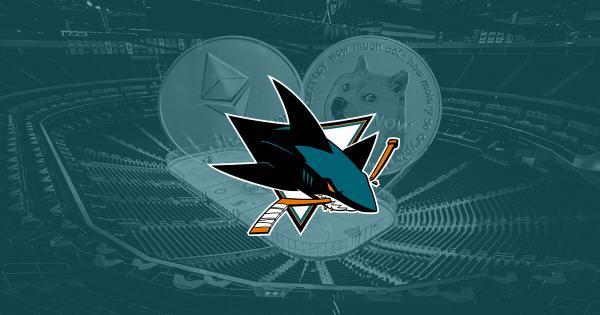 Famous NHL’s San Jose Sharks has joined a list of very few sports teams globally that accept cryptocurrencies like Bitcoin, Dogecoin, and Ethereum for transactions, according to an announcement made by the club’s President, Jonathan Becher.

The team will be partnering with crypto payments Bitpay to make the move possible.

Crypto for the sharks

According to Becher, since PayPal supports payment via cryptocurrencies, this means that his team, who accepts payment via the financial institution, also tacitly accepts crypto. So, instead of doing it through a third party, the NHL team would be embracing crypto payments itself.

Per his tweet, “We’re accepting PayPal, so then by definition, we’re accepting cryptocurrency. Why not embrace it and make it more visible as opposed to just doing it through a third party?”

Initially we'll accept cryptocurrency for season tickets, suite leases, and partnerships. Other use cases – including single-game tickets, F&B, and merch – will be evaluated over time #SJsharks https://t.co/EobIiv3buo

The president went on to reveal that crypto payments would only currently be accepted for season tickets, suite leases, and partnerships while noting that “other use cases — including single-game tickets, F&B, and merch — will be evaluated over time.”

This implies that the success of the current adoption could lead to the full adoption of digital currencies by the team.

The NHL team president believes that the blockchain industry could have more impact on sports and entertainment than it already has.

He made this statement in response to a Twitter user who quizzed him on the probability of his team accepting NFTs in the future. According to him, “Perhaps. I do think the blockchain will have more of an impact on sports & entertainment than people realize.”

Already, we have seen major sporting institutions and major players in the entertainment industry adopt crypto assets as a way of reaching more of their fans.

Many of these institutions have tied their entrance into the space to the growing demand by their fan base.