Join prominent figures in blockchain at the Pacific Northwest’s capital to learn, discuss and collaborate on the developing landscape of decentralized technology. 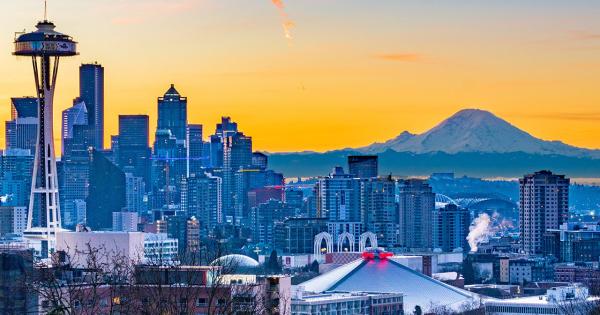 Photo by oakie on Unsplash

Founded in 2016, Blockchain Seattle began as a local meetup of enthusiasts and grew to a community of over 2,000 members interested in the revolutionary impacts of blockchain technology.

The event’s agenda offers an interactive focus on community-building through “multiple interest-specific tracks, a Developer’s Academy, a Women in Blockchain Breakfast, and an Expo-Zone for business professionals.”

“Our conference objectives are eduction, the space is still quite nascent, second it’s around networking and creating a platform for networking, and third, we want to establish a platform for people and projects with ties to this region and heighten their awareness profile.”

Home to over 30 blockchain-related companies, Seattle has become a hub for decentralized innovation and is a fitting setting for bringing together the most exciting projects in the industry for education, collaboration, and collective growth.

Blockchain Seattle is a community leader, connecting newcomers and experts alike in the common interest of advancing all things blockchain.

In a unique approach to networking, Blockchain Seattle 2018 will give attendees access to a conference application provided by IoT platform Sirqul:

“The other attendees will be leveraging our conference application which will be provided by Sirqul, a local IoT company here in Seattle, in order to create networking opportunities so people can understand what other attendees are there that have similar interests.”

Join a consortium of exciting projects and professionals, such as Dragonchain, New Alchemy, Bloq, Bittrex and Perkin Coie in divulging the future of decentralized technology.

Blockchain Seattle 2018 will take place on September 10-11 at the Hyatt Regency Hotel in Bellevue, WA. For more information on the conference and how to attend, visit their website here: https://blockchainseattle.io/

Chris (Jonesy) Jones is the COO and co-founder of Aquagenuity, a data-as-a-service platform for making drinking water quality data visible.  He previously served as CMO of Dragonchain. Learn More

Mark Mueller-Eberstein is one of the world’s leading experts on how businesses can leverage key technology trends, transform organizations and drive a competitive advantage. Learn More

Bloccelerate is a global accelerator and a fund focused on investing in blockchain companies all over the world. Learn More