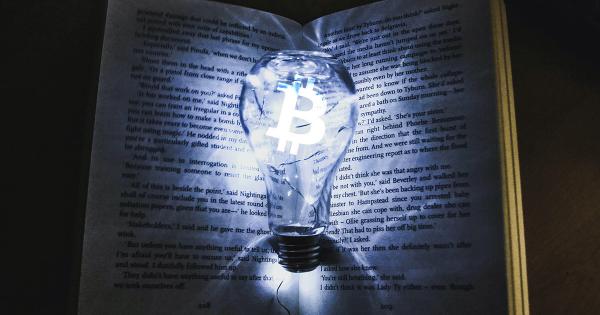 Photo by Clever Visuals on Unsplash

The Bitcoin NVT Ratio is at an all-time high, which indicates that the blockchain network activity is supplementing the price. The metric shows the ongoing rally of BTC is organic, led by genuine retail and institutional demand.

Bitcoin’s NVT is calculated by dividing its market cap by the sum of capital moved daily on the blockchain.

The NVT Ratio evaluates the current valuation of BTC by gauging the price and the sum of capital transmitted through the Bitcoin blockchain. Analysts at Woobull.com explain:

“When Bitcoin`s NVT is high, it indicates that its network valuation is outstripping the value being transmitted on its payment network, this can happen when the network is in high growth and investors are valuing it as a high return investment, or alternatively when the price is in an unsustainable bubble.”

There are three components that typically make a Bitcoin rally a sustainable and prolonged uptrend.

First, the spot market has to lead the futures market, not the other way around. This shows there is genuine demand from retail and institutional buyers.

Second, the daily transaction volume on the Bitcoin blockchain network, along with other fundamentals such as hash rate, has to remain high.

Third, BTC ideally should establish clear support and resistance levels over a long period, rather than a massive run-up in a short time span.

In recent months, the NVT Ratio has continuously climbed, which indicates the user activity of Bitcoin is steadily rising with the price.

As the fundamental factors strengthen in tandem with the ongoing rally, that raises the probability of a broader uptrend. Woo said:

“While we wait for BTC post an all-time-high, both on the monthly chart of $14k and the 20k prior top. I’ll point out that the organic valuation under NVT Price from underlying long term investors is already at an all-time-high. Price will follow.”

Where is the BTC ceiling?

In technical analysis, the term “price discovery” is used to describe a situation where an asset’s price reaches a new record-high.

Since it is at a previously unseen peak, it is not possible to predict where the next peak would be.

The NVT Ratio is in a similar situation where it has reached an all-time high and its next peak remains uncertain.

“In markets when all-time-highs are broached, there’s no prior history to go back on, so price discovery swings wildly upward exploring different levels as there’s no history to say ‘that’s not valid,’” Woo said.

For Bitcoin, which relies heavily on blockchain network fundamentals, the price discovery of the NVT Ratio is a highly optimistic sign.

Analysts have argued that much of Bitcoin’s recent upward price action is a byproduct of institutional players entering the fray.

The increase in technological use and application calls for security in the digital world.