Bitcoin is nearing $1 billion in total, all-time transaction fees and $15 billion in all-time miner revenue, according to Coin Metrics’ latest State of the Network report. 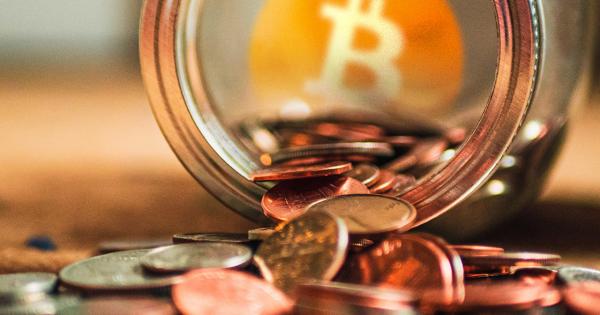 Bitcoin is nearing $1 billion in total, all-time transaction fees and $15 billion in all-time miner revenue, according to Coin Metrics’ latest State of the Network report.

As of Oct. 13, $996,458,718 in transaction fees have been paid on the Bitcoin network, the report noted. BTC fees now make up significantly less of total miner revenue, which includes block rewards and transaction processing charges.

As of Oct. 13, 2019, Bitcoin’s cumulative fees were 6.6 percent of total miner revenue, which indicates that, since February 2018, they’ve not been increasing as fast as cumulative block rewards.

The report also mentioned that BTC median fees increased by almost $34 in late 2017, meanwhile, Ether fees peaked at only around $3. However, BTC median fees have declined and have consistently remained less than $4 since February 2018, the report revealed.

“This extreme difference in [BTC] median fees is one of the main reasons for the decline in cumulative fees’ share of total miner revenue.”

As of Oct. 13, cumulative fees account for approximately 3.6 percent of Ether’s total miner revenue. When compared to BTC, the ratio has remained relatively flat since early 2018, the report stated.

This may be attributed to the fact that Ether’s fees have increased a lot faster than BTC’s over the same period, the report suggested. It further noted that BTC’s cumulative fees have increased around 74 percent since January 1, 2018. Ether’s have jumped by nearly 400 percent.

Ether’s market cap outperformed Bitcoin’s for the fifth consecutive week. ETH’s market cap surged 4.6 percent for the week and was up 1 percent last week. Bitcoin’s market cap for the same period increased by 2 percent and posted a 3.1 percent loss the previous week.

Most of the total stablecoin adjusted transfer value still comes from Tether, the largest stablecoin. Tether activity is shifting from USDT, the original OMNI-based version, to USDT_ETH, the newer, Ethereum-based version.

Ether remained flat over the time period, however, it still outperformed Bitcoin, which may be due to “an emerging recognition that demand for Ethereum’s block space represented by fees is growing … and momentarily eclipsed Bitcoin’s daily fees,” the report said.

XRP and XLM saw single-digit gains this month, while other large crypto assets are down, but less than BTC.

Bitcoin network about to charge its billionth-dollar in transaction fees