As excitement starts to once again build in bitcoin, it is important to consider why it may underperform as an investment. 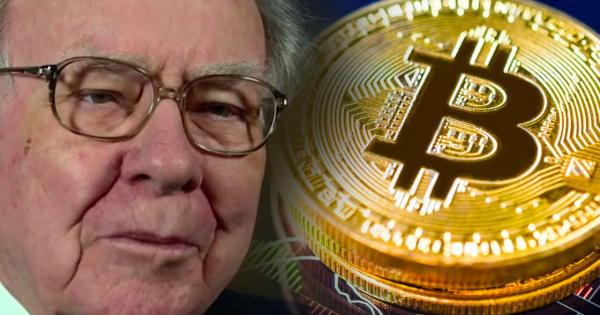 As excitement starts to once again build in bitcoin, it is important to consider why it may underperform as an investment. Warren Buffett, one of the planet’s most influential investors, has an aversion towards both BTC and gold. And, his reasoning may have some merit.

Warren Buffett invests in productive assets, primarily stocks, that grow over time and produce value—independent of the medium of exchange used. Brands like Coca-Cola and Dairy Queen will continue to yield returns regardless of whether the currency is gold or bitcoins.

This strategy has allowed Buffett’s company, Berkshire Hathaway, to grow into the third largest public company in the world and the tenth largest conglomerate by revenue (and the largest financial services company by revenue in the world).

Assets like gold and bitcoin, Buffett asserts, fall into a category referred to as “unproductive assets.” The thesis behind these investments are that they only appreciate should someone be willing to pay more for the asset in the future than what was paid today. In the meantime, these assets “do not produce any value.”

The Fearful Buy Gold, and Bitcoin

Buffett’s stance on gold is likely similar to that of bitcoin. In his 2012 annual letter to shareholders, he writes that people purchase gold because they “fear” other assets, especially paper money—and rightfully so he acknowledges. Buffett wrote:

“What motivates most gold purchasers is their belief that the ranks of the fearful will grow. During the past decade that belief has proved correct.”

For assets like gold (and arguably bitcoin) to prove successful, it requires people to fall prey to the ‘greater fool’ theory. As prices in these assets increase, people anticipate that an even more enthusiastic investor will purchase the asset, who also anticipates the next person will expect it to appreciate, and so on. As asserted by Buffett in his letter:

“The rising price has on its own generated additional buying enthusiasm, attracting purchasers who see the rise as validating an investment thesis. As ‘bandwagon’ investors join any party, they create their own truth—for a while.”

Buffett then draws from bubbles over the last 20 years, including the Dot-com bubble of 1994-2000 and the Subprime mortgage crisis of 2008. Buffett stated:

“In these bubbles, an army of originally skeptical investors succumbed to the ‘proof’ delivered by the market, and the pool of buyers—for a time—expanded sufficiently to keep the bandwagon rolling. But bubbles blown large enough inevitably pop. And then the old proverb is confirmed once again: ‘What the wise man does in the beginning, the fool does in the end.”

Are those who purchase bitcoin falling prey to a similar phenomenon?

It’s worth questioning whether the success of bitcoin hinges on doom-and-gloom predictions of the future, or whether like gold-enthusiasts, those shilling bitcoin require more investors to jump on the bandwagon to profit.

Another potentially appropriate analogy, and concerning feature, among both gold and bitcoin are the finite but growing supplies. As Buffett points out:

“Beyond the staggering valuation given the existing stock of gold, current prices make today’s annual production of gold command about $160 billion. Buyers—whether jewelry and industrial users, frightened individuals, or speculators—must continually absorb this additional supply to merely maintain an equilibrium at present prices.”

Like gold ore in the ground, there is a finite amount of bitcoin that can be mined—21 million coins. Each month until May 2020, there are 54,000 BTC introduced into circulation each month—valued at $270 million at $5,000 per coin. Market demand must grow to absorb this number of coins just to maintain price equilibrium.

Although mining will continually yield less and less bitcoin as the block reward is halved, this supply still needs to be accounted for. Should demand remain stagnant then supply-side pressure could push down the price of bitcoin.

Ultimately, to Warren Buffett, it doesn’t matter what is used as the medium of exchange. In a scenario where bitcoin becomes the predominant world currency, people will still exchange it for cola and candy. However, should bitcoin fail to gain traction, then investment into these value-producing companies will still yield exemplary returns. As put by Buffett:

“Whether the currency a century from now is based on gold, seashells, shark teeth, or a piece of paper (as today), people will be willing to exchange a couple of minutes of their daily labor for a Coca-Cola or some See’s peanut brittle. In the future the US population will move more goods, consume more food, and require more living space than it does now. People will forever exchange what they produce for what others produce.”

Buffett has a predisposition for investing in (‘undervalued’) blue-chip stocks and American companies that, time and time again, provide goods and services that are unlikely to go out of fashion.

Meanwhile, cryptos like bitcoin are, in Buffett’s words during his 2018 shareholder address, “probably rat poison squared.” Meanwhile, in a conversation with CNBC, he says:

“[Crypto] is a mirage basically. The idea it has some huge intrinsic value is a joke in my view.”

It’s worth considering that he could be right. Stocks are generally a safer and more consistent investment than bitcoin. However, should Bitcoin achieve its moonshot and become a global medium-of-exchange or store-of-value, then the returns would be astronomical for investors.

Billionaire investor Warren Buffett has drawn the ire of the cryptocurrency community with a recent claim that Bitcoin is “rat poison squared.” Buffett’s statements, made at the 2018 Berkshire Hathaway annual shareholder meeting on May 5, led to a direct response from venture capitalist Fred Wilson and resulted in the installation of pro-Bitcoin billboards outside […] 2 min read

Opinion: Warren Buffett is Wrong About Bitcoin, and That’s Okay

Bitcoin’s upcoming 2020 halving, which would halve block rewards from BTC mining, could allegedly be the event that pushes the coin to new highs. 3 min read