Billionaire investor Warren Buffett has drawn the ire of the cryptocurrency community with a recent claim that Bitcoin is “rat poison squared.” Buffett’s statements, made at the 2018 Berkshire Hathaway annual shareholder meeting on May 5, led to a direct response from venture capitalist Fred Wilson and resulted in the installation of pro-Bitcoin billboards outside […] 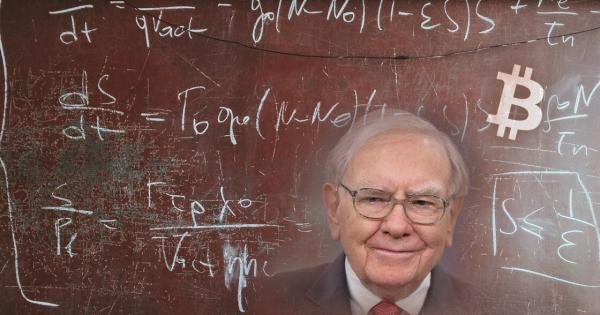 Photo by Roman Mager on Unsplash

Billionaire investor Warren Buffett has drawn the ire of the cryptocurrency community with a recent claim that Bitcoin is “rat poison squared.” Buffett’s statements, made at the 2018 Berkshire Hathaway annual shareholder meeting on May 5, led to a direct response from venture capitalist Fred Wilson and resulted in the installation of pro-Bitcoin billboards outside of Buffett’s Omaha office.

Buffett has previously stated that purchasing cryptocurrency is a “game” and a “gamble,” and doesn’t produce anything. According to Buffett, cryptocurrencies are not a productive investment, predicting that:

“Cryptocurrencies will come to bad endings.”

The 87-year-old business magnate’s perspective on cryptocurrency captured the attention of venture capitalist and Union Square Ventures co-founder Fred Wilson, who responded to Buffet at the recent Consensus 2018 conference.

Wilson: Buffet Doesn’t Understand What is Going on

Buffett’s statements on cryptocurrency were brought up on day three of Consensus during a discussion between Wilson and Coinbase CTO Balaji Srinivasan. Wilson, a digital asset advocate, implied that Buffett does not possess a complete understanding of cryptocurrencies:

“Calling it rat poison, to me, suggests that they haven’t taken the time to really understand what’s going on here. If all you think of it as is some new asset class and some new thing that you can trade, then I think you’ll come to that conclusion.”

Wilson published a response to Buffett on his blog earlier in May, stating that Buffett doesn’t know how to value the key benefit of cryptocurrencies — crypto-assets produce decentralized infrastructure.

According to Wilson, Buffett sees investing in cryptocurrencies as equivalent to “baseball trading card or some other form of collectible.” In his open letter Wilson advises that the Berkshire Hathaway chairman take time to learn about the potential of the technology that drives crypto-assets:

“I doubt Warren and Charlie will read this post. But if they do, the one thing I would hope they take from it is that instead of disparaging crypto assets with words like rat poison and dementia, they take a little bit of time to understand that what we are seeing here is the creation of a new internet, built upon protocols that allow for decentralized networks to form and tokens that allow people and companies to be compensated for that formation. “

Krohn’s billboards refer to Buffett’s recent admission that he was “wrong on Google and Amazon.” The Genesis co-founder currently helps run the Genesis mining operation in Iceland, one of the world’s largest crypto-mining centers.