Aside from algorithmic stablecoins, BadgerDAO has been one of the most widely talked about Ethereum DeFi projects over the past few weeks. 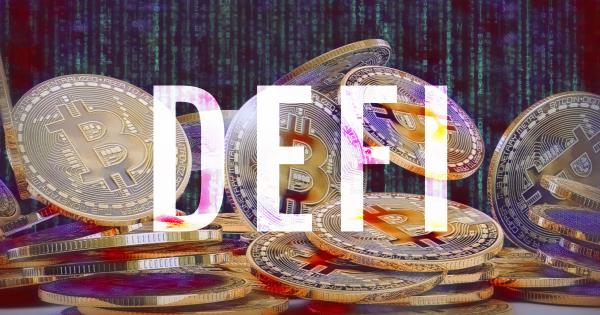 Aside from algorithmic stablecoins, BadgerDAO has been one of the most widely talked about Ethereum DeFi projects over the past few weeks.

This is largely due to the airdrop of free BADGER coins to tens of thousands of DeFi users. Even funds such as Three Arrows Capital and Alameda got involved, claiming their airdrop and selling or staking their tokens.

BadgerDAO has since accumulated deposits of nearly $500 million across its platform as investors look to earn BADGER and participate in the yield opportunities the platform provides.

The project is looking to soon launch a rebasing token, similar to Ampleforth. Rebasing and algorithmic stablecoins have been all the rage over the past few months, with many rallying by thousands of percent. The rebase token will be known as DIGG.

It was just confirmed recently that 14.5 percent of all DIGG in existence will be airdrop to “Badgers,” users of the protocol.

DIGG will be airdropped to users of the protocol based on three factors:

With BIP 14 about to pass, these are the $DIGG airdrop details.

14.5% of the DIGG supply will be airdropped to Badgers that have used our app since launch.

Snapshot will be taken right before it goes live to give an opportunity for new users to get involved now.

The idea here is to incentivize those that have staked and held their BADGEr rather than those that sold their farmed coins.

BADGER is up 25 percent since the tweet above was shared.

Prominent DeFi and Bitcoin-focused analyst “DT” or “Dgntec” says that he thinks that Badger could be one of the best bets in governance tokens right now.

They explain that he sees there is a need for a DeFi protocol that focuses solely on Bitcoin to attract the vast amount of liquidity on that network.

“Badger has less need to innovate — it could simply choose to be the best in class (security, liquidity, UX) in every single DeFi vertical for BTC. Given that every day more bitcoiners fall into the DeFi rabbit hole, there will be a growing demand.”

They added that from a pure number standpoint, BADGER may be undervalued.

1/ Badger, a yield-optimizing protocol for BTC in DeFi is one of the best r/r bets in governance tokens atm.

Of note, there is a lot of BADGER inflation to come. There is only a million or two million BADGER in circulation and around 20 million more to be distributed in the years ahead.

DT mentions that as one of their main concerns when it comes to the protocol’s total value locked and overall survivability.

Badger is a decentralized autonomous organization (DAO) with a single purpose: build the products and infrastructure necessary to accelerate Bitcoin as collateral across other blockchains.. Learn More