Bitcoin entrepreneur breaks down reasons why everyone should buy BTC

Despite Bitcoin slowly becoming a bonafide asset class with increased mainstream media mentions, billionaire investors throwing their weight behind it, and Fortune 500 companies investing in crypto, many people are still hesitant to get involved. 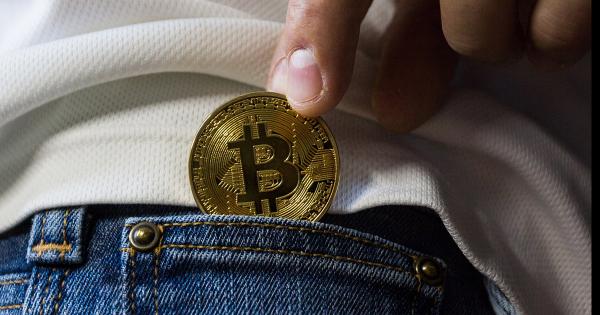 Despite Bitcoin slowly becoming a bonafide asset class with increased mainstream media mentions, billionaire investors throwing their weight behind it, and Fortune 500 companies investing in crypto, many people are still hesitant to get involved.

Attempting to lower the barriers to entry, a top commentator and entrepreneur in the Bitcoin space, Brandon Quittem, recently broke down 12 reasons why everyone should buy the cryptocurrency.

Some of those are as follows.

Bitcoin is the best performing asset of the 2010s

Bitcoin was easily the best performing asset of the past decade, rallying from literally $0.001 (and maybe even less) to an all-time high of $20,000.

Quittem explained that this “clout” alone that BTC wields should draw investors in due to the potential for upside.

That’s not to say that past performance is not indicative of future results but many see Bitcoin as a likely contender to be one of this decade’s best-performing assets. Former hedge fund manager Raoul Pal in January argued that from a risk-reward perspective, Bitcoin “beats all.”

If I could only own one asset for the next 10 years, it would be bitcoin $BTC It encapsulates all of my larger macro views and feels like the point on the far horizon we are headed to, in some shape or form. Yes, like gold too and many other things but BTC risk/reward beats all.

Pal has previously argued that all other asset classes are overvalued while crypto is undervalued.

Bitcoin was “born” for the current macro environment

Between the pandemic that is causing mass money printing, the virus itself which is forcing the adoption of digital technologies, the conflict between the U.S. and China over Hong Kong, and collapsing nations, “Bitcoin was born for this.”

Quittem explained that the cryptocurrency “thrives on uncertainty.”

The past few months have seen the number of Wall Street veterans and Silicon Valley names involved in Bitcoin increase at a rapid clip.

6/ The world is waking up to Bitcoin.

If you don’t own any Bitcoin, ask yourself: what do I know that Paul Tudor Jones, @DTAPCAP, @jack, @chamath, @RaoulGMI, @dan_pantera, @nntaleb, @TimDraper, @peterthiel, and @naval don't know?

The argument is that, what is it that the average investor sees as a danger to owning Bitcoin that the abovementioned investors don’t?

Due to a vast amount of money printing, Bitcoin is making more and more sense as a scarce asset:

Fed Chairman Powell: “the fed is not thinking about thinking about raising interest rates.” How long before the Fed buys fine art? Unlimited dollars chasing a finite 21m Bitcoins, Quittem explained, bifurcating the infinite fiat money versus the finite BTC.

The only reason why hyperinflation hasn’t taken place is that the velocity of money has crashed as saving rates have increased and the economy grinds to a halt due to lockdowns.

Bitcoin is the “most fair money”

Unlike fiat money systems, which many can’t access due to a lack of documents or a criminal record, Quittem explained that Bitcoin is the “most fair money.”

It can be accessed by anyone with a cellular device and an internet connection:

“Bitcoin enables equality of opportunity. Everyone can participate in the same monetary system. Let’s end government money discriminating against the poor, minorities, elderly, and helpless.”