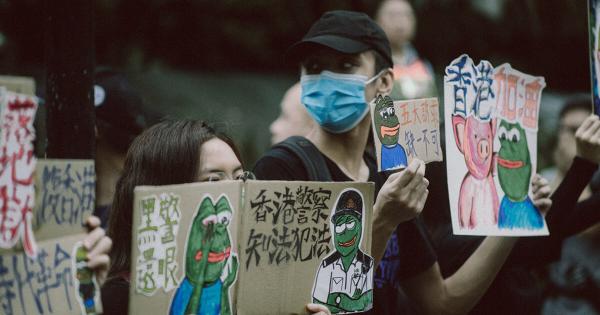 Last year, Bitcoin embarked on a strong rally from the low-$3,000s to a high just shy of $14,000. It was a more than 300 percent rally that caught many traders off guard, especially because it came just months after a brutal -80 percent bear market.

The jury is still out on what caused demand for BTC to explode, but there are at least two key reasons why cryptocurrencies rallied when they did: 1) the PlusToken scam that garnered billions worth of Bitcoin and Ethereum, and 2) the U.S.-China trade/cold war, which drove demand for “safe-haven” assets.

While PlusToken is no more, Bitcoin could purportedly get a boost once again as relations between the two global superpowers have begun to sour.

Last week, the mainland Chinese government proposed a new security law for the region of Hong Kong — a former colony of Britain turned a special status city in China, known for being a hub of finance.

The Beijing government claimed it is needed to tackle “growing terrorism” within Hong Kong, but many in the global community and thousands of locals believe the law encroaches on their democracy — something China promised to uphold until 2047.

The introduction of the law is part of a wider conflict between Hong Kong locals — two million of which marched in the streets last year — and the mainland Chinese government.

Officials around the world, especially in the E.U. and in the U.S. have begun to condemn the law, and have begun to even threaten economic sanctions.

“It looks like with this national security law they’re going to basically take over Hong Kong and if they do Secretary [of State Mike] Pompeo will likely be unable to certify that Hong Kong maintains a high degree of autonomy. And if that happens there will be sanctions that will be imposed on Hong Kong and China.”

Adding to the pressure against China, some politicians around the world have begun to lambast China over its handling of the COVID-19 outbreak.

Due to these geopolitical developments, the Chinese yuan has begun to drop against the U.S. dollar once again — just as it did last year on the back of billions of dollars of tariffs.

The yuan has not seen a massive move per se, but as the foreign exchange market is worth hundreds of billions or even trillions of dollars, every basis point here and there matters.

“In Spring/Summer 2019, the Chinese Yuan fell to all-time lows vs the USD, and contributed greatly to BTC appreciation. Conversely, when the Yuan strengthened in Fall 2019, BTC tumbled. Guess who’s back to all time lows?”

This was echoed by Placeholder Capital’s Chris Burniske, who said that there’s a good chance Bitcoin repeats its price action in 2015-2016, when the yuan slowly slid lower as BTC trended higher.