Bitcoin dominance is on the rise, but could soon retrace

Bitcoin dominance is on the rise reaching levels that it has not seen since July 2017. 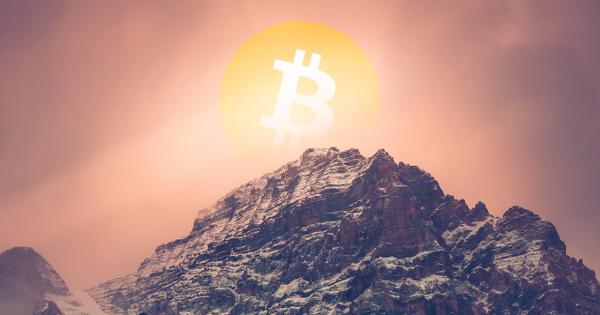 Bitcoin dominance is on the rise reaching levels that it has not seen since July 2017. Meanwhile, most altcoins are plummeting relative to BTC. Some of the most prominent analysts in the cryptocurrency industry have repeatedly claimed that Bitcoin will soon reach a market dominance of 80 percent or more. However, a new report by Binance suggests that it will soon retrace.

Since its release in Jan. 9, 2009, Bitcoin has entirely dominated the cryptocurrency market. There were several occasions between then and 2017 when its dominance fell under 90 percent, but on average it has always remained above 93 percent. It was not until the 2017 bull market until BTC’s dominance saw its first major drop.

As new ventures joined the space and introduced their tokens by forking off other cryptocurrencies or launching initial coin offerings (ICOs), the industry was flooded with new projects that claimed to bring innovation and become the “new Bitcoin.” As a result, speculation took hold over the market and capital started flowing out of BTC into new startups, leading to a significant drop in its dominance.

For the first time since its inception, Bitcoin plunged from a 95 percent dominance in Feb. 20, 2017 to 48 percent in early June of the same year while Ethereum rose to 31.5 percent and XRP to 9.4 percent. Despite regaining control of the market to reach a high of 70 percent on Dec. 8, 2017, BTC dropped to a new all-time low of 35 percent a month later. Following a slow recovery, Bitcoin dominance hovered around 50 and 58 percent from August 2018 until April 2019.

April represented a pivotal time for Bitcoin. Since then, BTC gained 163 percent in value rising from $5,300 to a high of nearly $14,000 while most altcoins were sideways or down relative against it. Now, BTC is at a 73.60 percent market dominance signaling a further move up to 80 percent or more, as Max Keiser, host of RT’s Keiser Report, and Julian Hosp, co-founder of Cake and I-Unlimited, have repeatedly stated.

Looking at the 1-week chart, it seems like BTC dominance broke out of an ascending triangle. This technical pattern began forming at the trough of the correction in 2017 (at the time, BTC’s dominance was at a historic low of 35 percent). Upon the breakout point (58 percent), the ascending triangle forecasted a 38.7 percent upswing targeting an 80 percent market dominance.

Although the TD sequential indicator recently gave a bearish signal in the form of a green nine, it seems like it was invalidated the moment a green two candlestick began trading above a preceding green one candlestick.

Despite the bullish trend that Bitcoin dominance is going through, a Binance report indicates that it is due for a major correction. In fact, the report claims that BTC dominance will go back down to the 50-60 percent range.

“We still believe in this, partly because BTC dominance was below 60 percent for an extended period, from May 2017 until June 2019. It has only been in the past three months or so that BTC dominance has shot up so dramatically, and the crypto-world has found its way of making everyone feel like a prisoner of the moment. Short-term wise though, BTC dominance may be sticking around,” reads the report.

Noting that assets that break out of ascending triangles sometimes reverse to the breakout point after reaching their target, Binance’s theory becomes a probability. Thus, the 71.5 percent support level could be used to determine whether BTC dominance will be bound for a retracement that takes it back to the 60 percent zone. Indeed, breaking below this support level will add credibility to a further correction.

The sentiment around Bitcoin appears to be bullish. As Bakkt prepares to offer its physically-settled Bitcoin futures and VanEck Securities Corp. and SolidX Management found a way around the tight regulations to launch a “limited version” of the BTC ETFs, the market awaits for an influx of capital that allows Bitcoin to reach new yearly highs as trading volume increases.

Technically, however, a descending triangle appears to be forming on the 1-day chart presenting ambiguous views on the future price movement of Bitcoin.

On one side, this is considered a continuation pattern that could break out in the same direction as the trend that was in place prior to the triangle’s formation. A move above the upper descending trendline signals that bullish momentum is likely to resume or even intensify. By measuring the height from the upper and lower trendline the descending triangle forecasts a bullish target of 34.50 percent upon the breakout point.

On the other hand, descending triangles can also form as bearish patterns showing that demand for an asset is weakening. If Bitcoin breaks below $9.300 instead it could try and reach $6,175.

After taking a look at the trading pairs ETH/BTC, XRP/BTC and LTC/BTC, the 40-years trading veteran Peter Brandt came to the conclusion that “altcoins are to Bitcoin what lead is to gold.” The renowned technical analyst highlighted that Bitcoin is the only cryptocurrency with “real and lasting value.”

When will altcoin junkies understand that $BTC is the crypto with real and lasting value. Altcoins are to Bitcoin what lead is to Gold @KimDotcom pic.twitter.com/ezePnyeSxg

If Brandt’s beliefs are indeed true, it seems like Bitcoin could continue rising in market dominance obliterating all the altcoins in the market. Nonetheless, based on historical data BTC dominance could find an exhaustion point around 80 percent, which could trigger a correction down to the 60 percent zone, as stated by Binance in its latest bulletin.