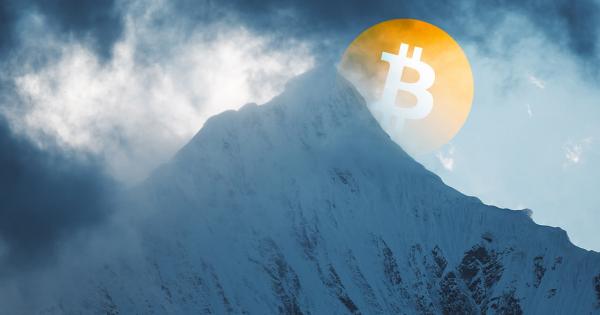 After breaking $6,000, Bitcoin passed through another major resistance zone between $6,100 and $6,450. Altcoins, however, are not performing as well and Bitcoin’s dominance has increased to 59.26% at the time of press.

Bitcoin’s bullish momentum has shaken off a lot of bears out of the market. Tyler Jenks, a 40-years trading veteran, lost a 1 BTC bet he made on Mar. 4, 2019, against a technical analyst, who goes by the pseudonym fil₿fil₿. Jenks bet that bitcoin would trade below $1,500 before hitting $6,500.

To be clear this bet is:

Other analysts and influencers were able to spot what was happening to the market valuation of bitcoin as it started to leave altcoins behind.

Jimmy Song, a Bitcoin Core developer, was able to see BTC diverge from all of the other cryptocurrencies as early as Apr. 23, 2019.

This is the biggest evidence that the bear market is over. There's been a small, but real and unmistakable decoupling this past breakout. pic.twitter.com/7qZ0mWsVq3

Along the same lines, max ke, the host of the Keiser Report, noticed that bitcoin was “breaking away from the pack” on May 4, 2019.

#Decoupling #Bitcoin is breaking away from the pack. pic.twitter.com/2iuWA2lVjS

Vinny Lingham, the co-founder and CEO of Civic, explained in a Twitter thread how important it was for bitcoin to decouple from the rest of the market to signal that the bear market was over.

As early as Apr. 9, 2019, Lingham was making the argument that the market was based upon sentiment and not fundamentals since every time BTC rose the rest of the crypto market followed through without any deep-rooted reason. Lingham stated that the main indicator for a rational bull market will be set by bitcoin decoupling from other crypto assets.

The key indicator for the start of a sustainable bull run is likely a decoupling of asset values from Bitcoin (i.e. Bitcoin’s strength weakens other networks or vice versa). Anything else is just speculation again (maybe we need another bubble to learn more lessons? ??)…

Since May 6, 2019,  bitcoin has consistently decoupled from the market compared to the top five altcoins by market capitalization. The pioneer cryptocurrency has had a steady increase in its market valuation leaving the other cryptocurrencies behind. A bullish impulse has been able to push BTC up more than 20 percent and easily break through the $6,450 resistance level.

At the same time, the top five cryptocurrencies have been staggered within a price range without experiencing a bull run similar to bitcoin.

Although Litecoin has been making new highs since May 6, LTC’s trading patterns have diverged from the rest of the market. Out of the top five altcoins, LTC could be the one that decoupled first from bitcoin. After reaching a high of $99.90 on Apr. 3, it has seen a downward correction.

Avi Felman, a technical analyst, believes that altcoins in fact are not dying and the current conditions are just part of the market cycle. Felman stated that during a bull market, altcoin prices increase dramatically but are often followed by long periods of indecision.

Felman suggests that the best opportunity to accumulate is given during those times where it seems like the lower market cap cryptos are “bleeding.” Although the exact time when altcoins are supposed to rise cannot be calculated, it certainly happens when no one expects it.

6/ It’s difficult to time exactly when “alt-season” will appear, but know that the cycles are generally longer than expected and happen more swiftly than expected. On the chart below, BTC dominance gained for a solid 6 months before being wiped out in the span of 3 weeks. pic.twitter.com/BZeoCpnYqA

The most recent data adds to the probability that Bitcoin tends to lead the market and sometimes it takes a greater period of time for altcoins to follow.

Moreover, the end of the bull market for Bitcoin, Bitcoin Cash, Litecoin was around Dec. 2017 while for ETH and XRP was in January 2018.

There is no metric that will predict when the next “alt season” would start, but as Felman said, “it’s generally [better] to hold/accumulate altcoins [during periods of uncertainty.]”

Bitcoin nearly touches $6k, where will it go from here?