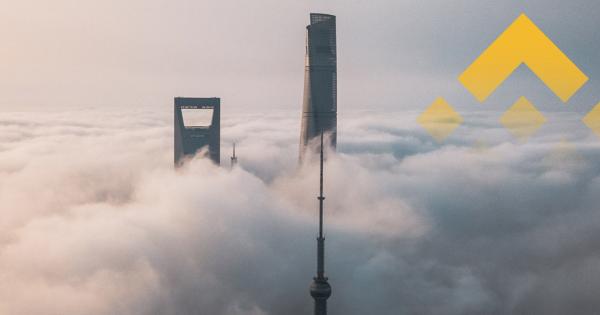 On Apr. 19, following the highly anticipated debut of the Binance Chain mainnet, the price of Binance Coin (BNB) surged by 10 percent against the US dollar, becoming the second crypto asset (after EOS in May 2018) since 2017 to achieve an all-time high.

In the past 24-hours, BNB surged by 11.2 percent against the US dollar and hit $24.77 following the highly anticipated launch of the Binance Chain mainnet, recording a staggering 309 percent gain year-to-date.

The large increase in the value of BNB in a relatively short period of time suggests that investors in the crypto asset are confident in the long-term growth of the cryptocurrency, particularly in the decentralized exchange (DEX) and decentralized application (DApp) space.

After the launch of Binance Chain’s mainnet, several blockchain projects such as Red Pulse and Mithril moved from smart contract protocols such as Ethereum to Binance Chain.

$MITH will be one of the first projects to migrate tokens onto @Binance_DEX. Our community thank you for your support! https://t.co/zvG7tvtL2b

Other large-scale projects like Enjin, which reportedly secured a strategic partnership with Samsung, announced support for Binance Chain and BNB.

We're excited to be a part of this @binance revelation and provide #EnjinWallet users with a convenient, secure, and precise trading platform.https://t.co/kP8zz6Vbht pic.twitter.com/vLhnEwpNLF

However, even before the build-up towards the mainnet launch of Binance Chain, BNB has performed strongly against both bitcoin and the US dollar throughout the 16-month bear market.

The solid performance of BNB throughout 2018 is mainly attributed to its coin burn mechanism—a process where profits generated by Binance, the crypto-to-crypto exchange—are used to buy back BNB from holders.

In the upcoming days, Binance is expected to initiate the second largest token swap in the history of the cryptocurrency market, moving BNB which is currently based on Ethereum as an ERC20 token to Binance Chain.

What BNB has to Prove Now

If the price of BNB performed well throughout 2018 due to the buyback mechanism and rallied again in 2019 in anticipation of the mainnet release, then Binance Chain may have to show real potential as a high throughput and large capacity blockchain to retain those outsized gains.

While the focus of Binance Chain is seemingly placed at supporting decentralized exchanges, it will have to demonstrate to investors that projects like Mithril and other blockchain platforms that plan to migrate to Binance Chain that they can function seamlessly on the protocol.

The eyes of investors are now likely placed on how the Binance team will move forward with its plans for further decentralization for its DEX.