Changpeng Zhao, whose net worth amounts to $8 billion, confessed that his “most luxurious” purchase is “five or six laptops.” 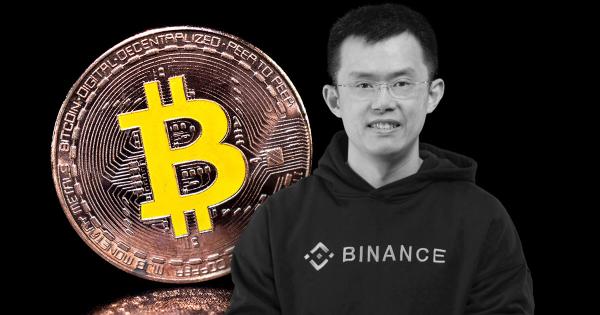 Billionaire Changpeng Zhao, the CEO of global cryptocurrency exchange Binance, holds nearly all of his money in various digital assets—and owns no fiat, houses, or cars, he revealed to Bloomberg in an interview published today.

“I would say probably close to 100%,” Zhao replied when the interviewer asked how much of his net worth is invested in crypto. “I don’t own any fiat, the physical stuff that I own is probably negligible in terms of my net worth. So this is a concept shift,” he said.

Thanks to Bloomberg for this in-depth interview for their printed Markets magazine. ???https://t.co/HacDp0TB8g

According to Zhao, he is not a fan of traditional fiat currencies or physical property because they are all “illiquid,” meaning one can’t buy or sell them quickly enough.

As an example, Zhao recalled that back in 2012, he sold his apartment to become an early Bitcoin investor. However, the deal took much more time than he was comfortable with.

“It took me a while. Back then most of my net worth was in the apartment I bought in 2006 in Shanghai. I bought a little bit of Bitcoin and then just used it, played with it. I liked it immediately. And then I was in a big hurry to sell my apartment, but selling the apartment took a really long time,” he explained.

Zhao also noted that because he values liquidity much more than owning something, he prefers to not “own” anything at all. Therefore, property like houses and cars is not liquid enough because “as soon as you buy them, you can’t trade out of them that easily.”

When asked about “the most luxurious thing he bought because of his success,” Zhao confessed that it’s…several laptops.

“I bought like five or six laptops. I actually destroy laptops pretty quickly—they break. As soon as new ones come out, I buy one. So I buy a lot of gadgets. But those are not really that expensive in the grand scheme of things. I don’t have a car. I don’t have a house,” he concluded.

In early March, China’s Hurun Research Institute published its list of the richest people in the crypto and blockchain industry, ranking Zhao third with a net worth of $8 billion—right behind Brian Armstrong ($11.5 billion) and Sam Bankman-Fried ($10 billion), CEOs of crypto exchanges Coinbase and FTX, respectively.