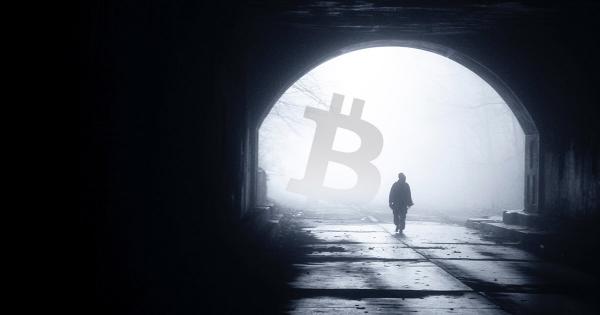 Market sentiment seems to have taken a thrashing from Bitcoin’s latest capitulation, but institutional investors may be committing themselves to BTC now more than ever.

The Crypto Fear & Greed Index, an aggregate of various social and technical indicators measuring sentiment in the crypto market, has lurched towards “extreme fear” in tandem with Bitcoin’s month-long downtrend. More than a billion long contracts have been liquidated on BTC futures giant BitMEX this month. Need it to be said, the sentiment is bleak.

Both of the two flagship regulated venues for Bitcoin futures, CME Group and Bakkt, have reported sharp spikes in trading volume and open interest in the last week. This is a surefire signal to mark growing institutional interest in the number-one crypto by market capitalization — despite its decline in price.

On Friday, ICE-owned Bakkt rocketed in volume to an all-time high of 2,728 BTC ($20.3 million) monthly futures contracts, up 66 percent from its previous record. Significant increases in open interest were recorded on Friday and Monday, indicating additional money flowing into the market.

All the while during Bitcoin’s months-long decline, institutional investors have been pouring into Grayscale Investment’s Bitcoin Trust, an investment vehicle entitling “titled, auditable” ownership of shares that track the price of Bitcoin (less Grayscale’s fees and commission). In Q3, Digital Currency Group-owned Grayscale reported a record $171 million inflow into the Bitcoin Trust, with $75 million worth of shares being bought in a single day.

Evidently, as an institutional-grade investment product and traded commodity, Bitcoin is maturing in leaps and bounds. The healthy trajectory of the physically-settled Bakkt market, which requires traders to take possession of Bitcoin at contract expiry, will continue to serve as a quantifiable indicator of institutional accumulation.