Richards’ comments were made at an online conference this week, following a recent Australian Senate report, which called for adapting laws to accommodate crypto. 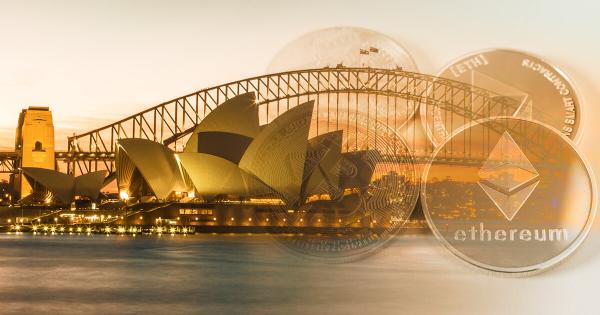 Photo by Photoholgic on Unsplash

According to the Reserve Bank of Australia (RBA) head of payments policy Tony Richards, cryptocurrencies are not posing a threat to the central bank operations.

Crypto is no threat to Australia’s monetary sovereignty

“I don’t view them as a threat to the Australian dollar or to our monetary sovereignty, or to the Reserve Bank’s ability to conduct monetary policy,” Richards told the Australian Corporate Treasury Association.

While noting that interest in crypto is gaining traction, he remains skeptical about how widely it’s used in Australia.

“While cryptocurrencies have clearly captured the attention of many, no doubt fuelled by influencers and celebrity tweets, it is unclear how widely held they are,” Richards said while commenting on surveys that suggest 20% of Australians hold crypto.

He doesn’t believe such estimates are plausible, since online surveys fail to fully capture all segments of the population. Here he referred to those who do not regularly access the internet, such as older people and those living in regional areas.

Crypto may end up having only niche use cases

Richards also disclosed he personally has held a cryptocurrency wallet since June 2014, while stressing out that “the amounts in question are still pretty small.”

“After all, part of my job is to try to understand new payment instruments and technologies,” he explained.

He confessed his initial purchase “was a small amount of Bitcoin (BTC),” adding that he has since diversified and bought some Ethereum (ETH) in August 2018.

Richards addressed several challenging factors that may, especially when combined together, impact the current accelerated rate of adoption, which he said is best reflected in the mind-bending rise of meme cryptos, referencing Dogecoin (DOGE) and Shiba Inu (SHIB).

According to him, crypto mining could attract greater attention from governments, due to high energy consumption, while more focus may be given to preventing the potential use of crypto in facilitating financial crime and the black economy.

Richards also added that retail investors could become less influenced by fads and grow more cautious about investing in assets with “no issuer, no backing, and highly uncertain value.”

The RBA official noted that although most major economies are considering central bank digital currency (CBDC) issuance, none have finalized their plans.

“RBA staff have also not been convinced to date that a strong policy case has emerged in Australia for a CBDC,” he said, assuring that “given the possibility that the “balance could shift towards a case for issuance,” the Bank has been “stepping up its CBDC research.”

Earlier this month Australia’s biggest bank announced it will offer cryptocurrency trading services via its smartphone app. Commonwealth Bank of Australia (CBA) entered a strategic partnership with crypto services company Gemini and the global blockchain data platform Chainalysis. The collaboration will enable CBA customers to buy, sell and hold up to 10 different cryptos through the CommBank app.

The October report, published by the Senate’s Committee on Australia as a Technology and Financial Centre, has recommended a comprehensive crypto framework, which would, if adopted, make the country more attractive for crypto businesses.

It’s fair to say Richards was on point when he concluded that “it will be fascinating to see how things evolve over the next decade.”

26% of Australians will buy crypto as Christmas gift for partners

Australians are willing to give their partners crypto gifts like Bitcoin, Ethereum and even NFTs. 2 min read