Augur, a protocol aiming to create a decentralized prediction marketplace, was successfully funded through an ICO that began in August 2015 and generated $5.5 million of ETH. 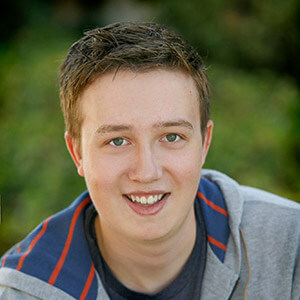 Augur, a protocol aiming to create a decentralized prediction marketplace, was successfully funded through an ICO that began in August 2015 and generated $5.5 million of ETH.

After launching their beta on the Ethereum testnet over two years ago, successfully completing a security audit, and spending the last four months finding and fixing bugs, Augur is migrating to its mainnet on July 9th, 2018, at 11:01 PST.

REP migration is planned to begin at 11:01AM PT tomorrow, July 9th. At that time, the current REP contract will be frozen indefinitely. The migration will take place over the rest of the day.

Augur looks to disrupt the current prediction markets and solve the issue of communal trust.

Augur is based on the principle that you can get a good reading of the probability of an outcome if you incentivize users to use their knowledge. For example, if someone knows with a 90% certainty that it will rain today they will be incentivized up to a point to continue buying shares in the market until it no longer becomes profitable.

Through this method, you could get a probability reading by creating a market around a certain event due to the hypothesis that markets are efficient.

The purpose of Augur according to the development team:

“Augur’s purpose is to democratize and decentralize finance. We’ll do this by enabling anyone, anywhere, at any time in the world to create and speculate on derivatives at a low cost for the first time.”

In an update on March 12, 2018, Augur announced the completion of their security audit with Zeppelin – a smart contract security audit business that also performed audits of platforms such as Golem and Basic Attention Token. They subsequently announced the mainnet conversion and a $200,000 bounty for critical bugs.

$200,000 USD for critical vulnerabilities on @Hacker0x01.https://t.co/kTwXoASPBX

Looking to the Future

With the launch of the mainnet, Augur looks to improve the platform by pushing adoption, lowering fees, and increasing speed. There are now more market types and currencies are on the Augur roadmap as well as an integration of the 0x protocol to allow for off-chain trading on Augur.