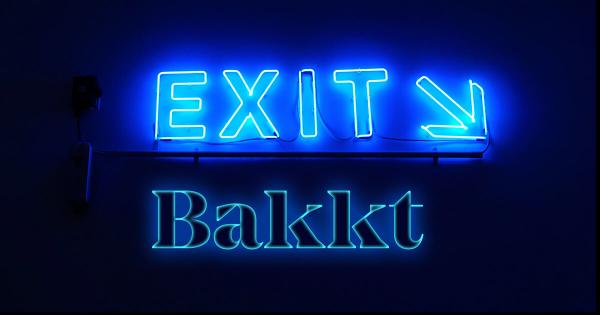 As reported on Bloomberg, Blandia resigned the Bitcoin futures bourse after just four months on the job. He now joins J.P. Morgan to head its payments technology division. Interestingly, the U.S. investment bank was poised to develop its JPM coin in 2019, but not much has transpired on that front since.

When Blandia joined Bakkt as CEO in December 2019, he vowed to oversee the exchange’s expansion in key markets, explore newer product offerings, and even launch a retail application for everyday payments. Previously, Blandia had stints at PayPal and Google, both centered in the payments division.

Bakkt’s new CEO is David Clifton, previously at ICE as head of M&A and integrations. Adam White continues his role as company president, and no further announcements on the exchange’s future exist at press time.

Formerly, Blandia replaced U.S. senator Kelly Loeffler, who was recently in the headlines for gaining millions in the stock market based on insider information. Loeffler was extensively praised in 2018-19 for bringing in institutional tools for the cryptocurrency market before her administrative appointment. But Bakkt’s poor, non-existential performance in the recent months has begged larger questions — are institutions even interested in Bitcoin exposure at all?

The @Bakkt news is arguably the most bullish event for institutional investors in the history of bitcoin. PHYSICALLY delivered futures (require the holder to either produce actual bitcoin or take delivery from the exchange) backed by the New York Stock Exchange. We are maturing.

However, since its launch in September 2019, Bakkt has no substantial metric or use case to boast about. On the first hour of trading post-launch, only five contracts changed hands. At the end of the session, only 28 contracts were traded — a number smaller than the worse ranked crypto exchanges.

The exchange’s main selling point — that of physical-settled Bitcoin futures — turned out a disappointing farce. Only 63 percent of contracts were reportedly settled in the digital currency.

Bakkt’s daily volumes continue to remain woefully low — only 200 June BTC contracts — and any developments about the much-hyped Starbucks application seem buried. Most who expected Bitcoin prices to rise substantially after the launch were in for a surprise, the currency fell 50 percent in the months to come, exactly a day after Bakkt’s launch.

Among a rotating door of executives, low volumes, absent mobile applications, lies about daily Bitcoin settlement, a former executive involved in insider trading, and questionable margin statements – Bakkt comes across as an “institutional” leader no better than “unregulated” crypto exchanges.