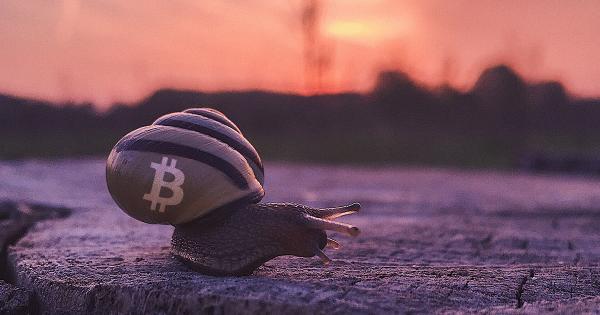 Bitcoin’s price action has been fairly boring in recent weeks, with it establishing a wide trading range between $10,200 and $11,200. Both of these levels have sparked noticeable reactions from BTC’s price each time that they are visited.

This has offered investors with little insight into the crypto’s near-term outlook, and it does seem as though it remains without a trend until one of these levels is decisively broken.

Data from one analytics platform shows that this has been having a serious impact on the cryptocurrency’s investor sentiment, which has now hit the lowest levels seen in over 2 years.

This indicates that the lack of sustainable momentum seen by BTC throughout the past few weeks and months has struck a serious blow to investor sentiment.

It is important to note that bouts of extremely low investor sentiment are often looked upon as being counter indicators, signaling that a strong push higher may be imminent.

At the time of writing, Bitcoin is trading down marginally at its current price of $10,700. This marks a notable climb from its recent $10,200 lows that were set earlier this week.

BTC rallied as high as $10,800 yesterday before it lost its momentum and plunged to $10,500. After a consolidation phase at this price region, it appears that Bitcoin is now moving to retest it.

$10,800 may be a slight resistance level in the near-term. As such, it is imperative that bulls firmly surmount it, as this will open the gates for another test of the lower-$11,000 region.

This region has proven to be a pivotal level, and another rejection here could have grave implications for the benchmark digital asset.

Analytics platform Santiment explained in a recent tweet that Bitcoin’s recent bout of sideways trading has struck a blow to the sentiment of the cryptocurrency’s investors.

“BTC’s weighted social sentiment for Twitter, which measures the positive/negative ratio of comments multiplied by the overall frequency of comments, is currently sitting at a 2-year low. There has clearly been a pattern of non-believers in the community…”

The firm also explained that this can be a positive sign for bulls, as periods of low sentiment amongst investors are often followed by sharp upwards movements.

“This level of negativity can often lead to a positive rally, as we’re seeing thus far today.”

As Bitcoin’s price shows some positive signs as it pushes towards $11,000, low sentiment amongst investors could be a counter indicator suggesting upside is imminent.