Andy Jassy said Amazon will not be accepting crypto payments, but is there something else in play? 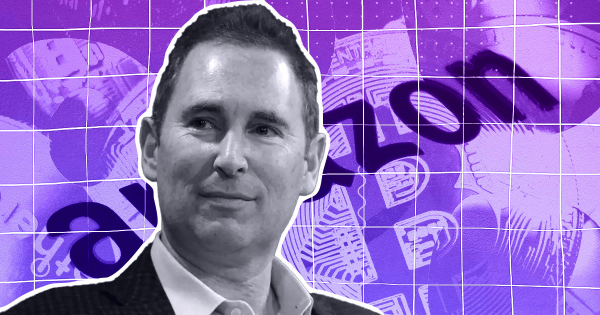 Amazon CEO Andy Jassy sets the record straight on whether his firm plans to accept crypto soon. Unfortunately, the answer is no.

Despite the thumbs down, analysts still expect Amazon to move into cryptocurrencies in a big way. If rumors are to be believed, this could be as early as 2022 in the form of its own crypto token.

Nonetheless, Jassy’s rejection of crypto payments is still a significant blow to the industry.

Amazon says no to crypto payments

Jassy did not give any specific reasons why Amazon won’t be accepting crypto in the foreseeable future.

However, CryptoCompare Analyst David Moreno Darocas suggested that the primary justification likely comes down to volatility — in that the firm is unwilling to carry the risk of a market move against holding crypto.

“If you allow cryptocurrencies to be used as payment, Amazon is going to have to bear, you know, a risk of that crypto moving in price. And obviously, crypto being such a volatile industry that’s going to be a problem.”

Volatility being an issue makes sense because internet-only retailers tend to have low margins. Amazon’s net margin is 2%, which means that a down day would lead to a net loss on items paid for via crypto.

Other speculative reasons include regulatory uncertainty, jeopardizing favorable fee agreements with card processors like Visa and Mastercard, Amazon founder Jeff Bezos not being a fan of Bitcoin (BTC), and keeping the path clear for Amazon’s potential crypto token.

What about the Amazon token?

Rumors of Amazon’s crypto plans blew up at the end of 2021 after the tech giant posted a job ad seeking a Head of Digital Currency and Blockchain.

Similar to eBay, rumors of an Amazon crypto tie-in have been circulating for several years. Despite the job posting, the firm has remained tight-lipped on precisely what it plans to do.

Some have taken the job posting to mean the online retailer will launch its own crypto.

“2022 is set to be the year when Amazon launches their own cryptocurrency, but there have been no clear details over exactly when in the year that will be.”

With the firm staying silent on the matter, it would be unwise to jump to any conclusions at this stage.

Is a Bitcoin miner the same as an Amazon server and why does it matter?