The DAO's goal is to raise $2 billion to buy Twitter shares, enabling Elon Musk to proxy vote the shares and override censorship on the Twitter platform. 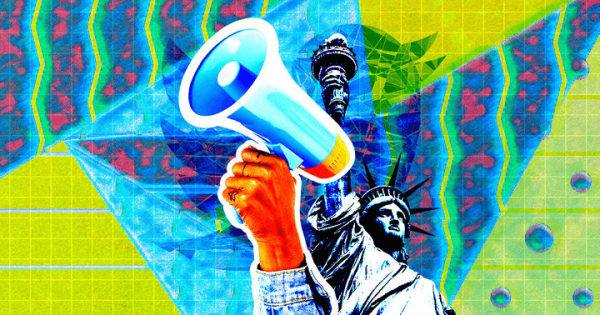 Twitter is pulling out all the stops to resist Elon Musk and his attempt to bring free speech to the platform.

Weeks earlier, the outspoken billionaire blasted the social media giant for “failing to adhere to free speech principles.” He teased the possibility of buying Twitter to make changes from within. But given Musk’s legendary trolling, few imagined he would follow through.

It seems there are forces in play trying to thwart Musk’s plans. However, support is arriving in the form of 69420 Dao, which hopes to buy Twitter shares to enable their use in a proxy voting capacity in support of free speech.

69420 DAO is an on-chain governance structure that will form a Delaware statutory trust to benefit Web3 and Twitter users.

The entity hopes to raise $2 billion to buy a 15% stake in Twitter. The goal is to assign these shares in a proxy voting capacity to support free speech on the Twitter platform.

“By joining the 69420 DAO, you are advancing our mission of upgrading free speech principles for society.”

The people behind 69420 DAO describe themselves as “a group of freedom-lovers who hail from industry and Web3.” In a message sent to CryptoSlate, Core Member Derrick Foote said 69420 Dao’s top priority is safeguarding and preserving free speech.

Foote added that the group supports Musk’s takeover attempt of Twitter, but only on the proviso that he keeps his word on open-sourcing the code.

In repelling Musk’s takeover, Twitter approved a plan allowing existing shareholders to buy stocks at a substantial discount to dilute the holdings of new investors. This “poison pill” will activate if Musk purchased more than 15% of the company.

Foote said Musk needs the support of 69420 Dao and other like-minded entities to break the status quo and make Twitter a free speech platform.

Decentralized Autonomous Organizations (DAOs) are a relatively new phenomenon born from blockchain technology. The concept essentially refers to a community-led entity with no central authority. The decentralization is possible thanks to smart contracts that enforce foundational rules and execute agreed-upon decisions.

DAOs initial use case was as an investor-directed crowdfunding mechanism. However, given the democratic ethos they encourage, DAOs are gaining popularity as a system that could succeed the incumbent political process, which many argue is flawed.

Derrick Foote is dedicated to helping build Web 3 with trust and transparency, giving back data freedom and control online to the users. Learn More