By now, we’ve all realized that cryptocurrencies are a big deal. 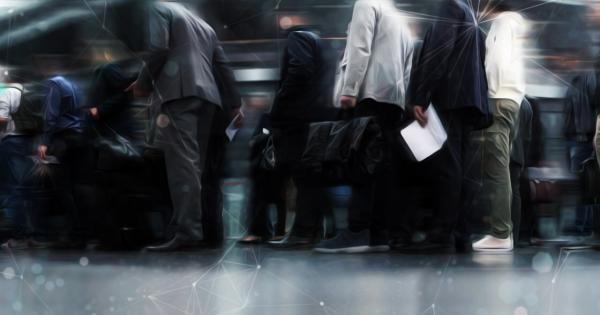 By now, we’ve all realized that cryptocurrencies are a big deal. Some of the most popular have market caps that rival some of the most transformative tech companies in the history of the world. Even relatively small digital currencies are amassing millions in market cap, and the power dynamics between the largest and smallest currency is continually in flux.

With a total market cap of more than $700 billion, it’s evident that there is a lot of money invested in digital currency. Until recently, it wasn’t as noticeable just how many individuals are participating in the market.

In November, CNBC reported that popular crypto exchange, Coinbase, boasted a user base of more than 13 million people. By that total, Coinbase has more active accounts than investment juggernaut Charles Schwab, which has about 10.6 million active users.

In the lead up to last month’s Bitcoin futures contracts being offered by Cboe and CME group, Coinbase added as many as 300,000 accounts in a single week.

They are not the only crypto exchange surging with new subscribers. Changpeng Zhao, CEO of popular exchange Binance, recently noted that the platform added as many as 250,000 subscribers in a single day.

Another popular exchange, Kraken acknowledged that, at times, they are adding as many as 50,000 new accounts per day, and receiving 10,000 new support tickets. Regardless of the exchange, the numbers are relatively similar, and the effect is the same.

There are a lot of people demonstrating a lot of interest in purchasing cryptocurrencies through crypto exchanges — so much so that people have begun selling their exchange accounts thousands of dollars.

In a blog post yesterday, Binance announced they will re-open limited user registrations. In addition, they mentioned they will be adjusting their affiliate program to reduce the commission to 20%. They are also trying to curb the problem of users selling their accounts, stating,

We would also like to remind our users again that the selling of Binance accounts is strictly forbidden. For the safety of your funds, we will freeze and disable all Binance accounts that are identified as being bought/sold.

Almost Every Crypto Exchange Is Struggling to Handle the Demand

In response to a surging user base, several crypto exchanges have temporarily disabled new account creation or have downgraded the platform’s capability.

In a message to users, Bittrex acknowledged,

“Unfortunately, we have to make a few upgrades to our support and backend systems to handle the increased traffic and load.”

They were joined by Bitfinex and CEX.io on the list of exchanges that halted access to their platform in response to the groundswell of growth.

In a comment on their blog, Kraken developers explained to customers that,

“The recent, unexpected explosion in demand has been overwhelming. Kraken.com performance is extremely degraded and unreliable.”

Crypto exchanges are not just turning away new users. Existing customers are finding their platforms jammed or even unavailable.

Several times in the past month, Coinbase has had to place a disclaimer on their service warning customers of unusually long processing queues or disabled ordering capabilities.

Like Bitcoin’s price crash last month, news out of South Korea isn’t making matters any better. Faced with new regulations intended to stamp out money laundering, crypto exchanges are forced to implement new systems and policies that are slowing everything down.

In many different ways, crypto-tech is struggling to keep up with demand. Very few people expected cryptocurrencies to become so valuable, and few platforms were prepared for the onslaught attention they would receive as a result.

On Sunday, The Wall Street Journal reported that, while the U.S. stock market is achieving continually greater highs, individual investors are avoiding investing in the market. The article states,

“Rather than celebrating this wealth-generating machine, individual investors have made it clear in multiple surveys just how little enthusiasm they have for this stock market.”

Meanwhile, institutional investors are swarming in. The S&P 500 is up more than 300% since its rally that began in 2009.

As cryptocurrencies gain more mainstream exposure, they are likely to become more intriguing to investors who are more aligned with traditional investment vehicles, which could further inundate crypto exchanges.

Of course, crypto exchanges are not complaining about the sudden, unexpected interest in their platforms. It reflects a burgeoning interest in cryptocurrencies that is quickly advancing from the corners of the internet into the mainstream conversation.

In the meantime, crypto exchanges are tasked with upgrading their capabilities without alienating their customer bases that helped popularize them in the first place.

It’s a great problem to have.