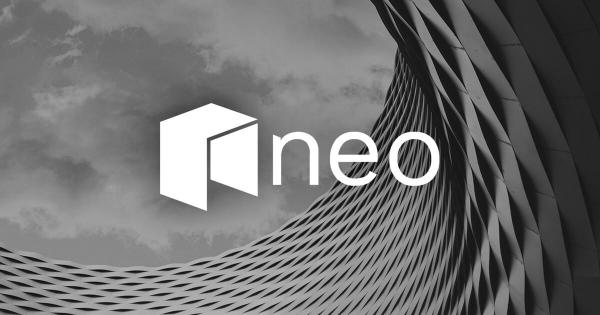 Photo by Noah Windler on Unsplash

As Neo is anticipating the launch of its newest iteration—Neo3—its founder and CEO Da Hongfei explained what the latest upgrade will bring to the ecosystem. The biggest change to Neo, aside from integrating various tokenization services, will come in the form of a new governance system, where 21 committee members will be voted in by Neo token holders.

Frequently referred to as the “Chinese Ethereum,” Neo has been making major moves in 2019 that would increase its global footprint. After opening up a U.S. office and recruiting a former Microsoft executive to lead it, the company has been readying the Neo blockchain for the launch of version 3.0. Da Hongfei said:

“As an upgrade, from Neo2 to Neo3, [it] will be the most important upgrade in Neo’s history.”

Da addressed the upgrade during the CryptoAsia online summit, saying that Neo will be improving all of the major aspects of a public blockchain—adaptability, tokenization, and interoperability. Neo3 will use a new version of the BFT-style consensus—dBFT 2.0, upgrade its Virtual Machine, and update the entire architecture of the core blockchain.

“Neo will be the first blockchain system to allow you to do that, to directly visit the internet.”

However, the biggest change will come in the form of a new governance system and economic model, Da explained.

In its third version, Neo will adopt new governance and economic models that will be quite different from the ones users are used to with Neo2.

” Profound change is here at a global scale; we believe that the Smart Economy is here in and in a big way.’ – and ‘Neo’s architecture and consensus algorithms have been adopted by the likes of Libra et al. “

According to Hongfei, the Neo blockchain will be run by 21 committee members who will be voted in by Neo token holders.  All of the committee members will be responsible for proposing parameter changes for the Neo blockchain. Those holding Neo in Neo3 will be given “a little amount” of GAS to incentivize activity. Active participation in the governance of Neo and voting will enable users to earn more GAS, he explained.

Different amounts of newly generated GAS will be distributed to different roles in the blockchain—NEO holders will get 10 percent, voters will get 85 percent, while 5 percent will be allocated to the committee.

The top 7 most voted members of the 21-strong committee will be the ones that run Neo’s consensus nodes. Those 7 nodes will then be responsible for generating new blocks by reaching consensus, block-by-block, by using dBFT 2.0.

Aside from governance, another major change coming to Neo3 are tokenization services. Da said that the Switcheo Network, a decentralized non-custodial exchange, will be connected to the Neo blockchain. Security token offering service provider Liquefy will also be integrating NeoID, enabling people who are doing STOs on their platform to use digital identity with Neo.

Da didn’t reveal when Neo3 will be launched but said that it will run parallel to Neo2 “for a period of time,” when users will be able to convert or transfer assets and smart contracts from one version to the other.

One of NEO’s competitive advantages over Bitcoin and Ethereum is its ‘pragmatic’ approach toward centralization, argues founder Da Hongfei.