Stellar, the world’s 14th-largest cryptocurrency, was selected by the European country for the latter’s upcoming state-backed digital currency. 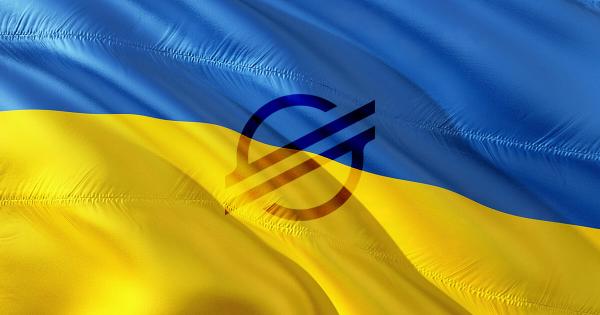 Image by jorono from Pixabay

Stellar, the world’s 14th-largest cryptocurrency, was selected by the European country for the latter’s upcoming state-backed digital currency.

Ukraine will deploy its upcoming Central Bank Digital Currency (CBDC) on the Stellar blockchain, as per a press release on Monday. The project will be overseen and conducted by the country’s Ministry of Digital Transformation and the Stellar Development Foundation.

Among the various points will be two critical agendas for the project: The implementation and regulation of stablecoin circulation in Ukraine; and the facilitation of the development of the digital currency of the Central Bank in Ukraine.

The memorandum was signed earlier on December 28 but was announced in the release today. One of the goals will be to develop Ukraine as a digital assets innovator and an upstart for financial markets in the slowing Eastern European economy.

Bornyakov said the move came as many central banks around the world were either assessing their own CBDC projects or were already testing out digital currency protocols. Such countries include China, Japan, Singapore, and France, which have all made advancements in 2020 regarding the development and testing of such tools.

The minister noted that the National Bank of Ukraine had been researching the possibility of CBDC implementation since 2017, adding:

“It demonstrates Ukraine’s movement towards one of the major financial trends. At the Ministry, we aspire to ensure our country’s adaptation to technological innovations and competitiveness in the financial market in Eastern Europe.”

Meanwhile, Denelle Dixon, the CEO of the Stellar Development Foundation, stated that the joint project would see Stellar-based tools and services being introduced to the people and businesses of Ukraine alongside “new partnership opportunities” in Ukraine for businesses in the Stellar ecosystem.

XLM, Stellar’s fast, scalable, and low-fee settlement token, pumped by 5% to over $0.14 on news on the partnership. The token is up over 300% since last year amidst a bull run in the broader crypto market.

However, the charts show a downtrend for the XLM token, despite the potentially bullish news. It pumped to nearly $0.20 in December 2020 but has been sliding since — setting lower highs and lower lows, as the chart below shows.

Still, for Stellar holders and investors, the future seems bright, at least from a fundamental standpoint.

The price of XLM, the native cryptocurrency of the Stellar blockchain, has been showing strong momentum. There are three reasons why XLM saw a 166% rally in the past week. 2 min read

Investors and traders holding Stellar (XLM) may have a reason to rejoice. 2 min read