Investors and traders holding Stellar (XLM) may have a reason to rejoice. 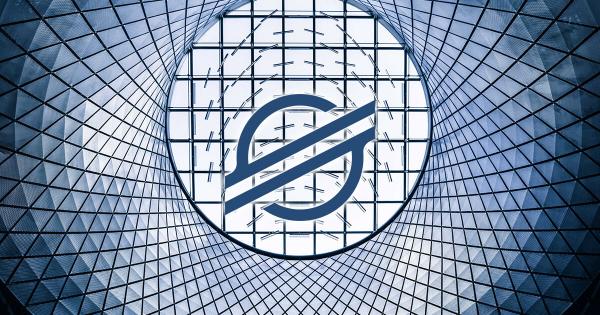 Photo by 金 运 on Unsplash

Investors and traders holding Stellar (XLM) may have a reason to rejoice. The payments-based cryptocurrency just broke a significant resistance level and might see a price rise if momentum is sustained. Popular cryptocurrency trader Josh Olszewics, who goes by CarpeNoctom on Twitter, observed Lumens closing above the “Kumo” resistance for the time since 2018.

Developed in the early 1900s by a Japanese journalist, the so-called “Ichimoku Cloud” indicator is widely used in the cryptocurrency market. Using a proprietary system of moving averages and dynamic support/resistance, the indicator is said to predict future levels where the price is expected to change trend or see significant profit-taking.

While Olszewics based his trade on 2-day price data using 20 and 60 moving average parameters, daily data shows XLM already broke out on April 24 for a 12 percent gain to investors.

Interestingly, the daily charts reveal a past Kumo break in February 2020, when price similarly surged upwards but was later subject to massive profit-taking reaching $0.08 prices.

The metric proved useful as XLM rose over 30 percent since the mention.

Major projects like Lumens, which suffered the consequences of the multi-year bear market by losing over 70 percent of value, are now showing signs of revival.

But despite its falling price, Stellar found use in several projects. Grammy-winning musician Akon is issuing his “Akcoin” currency on the Stellar blockchain, hoping to power a small Kenyan city’s financial service sector with the protocol.

The eleventh-ranked cryptocurrency saw a yearly-high of $0.14 last May, gradually falling to the current $0.06 level at the time of writing. Trade interest remains high regardless, Stellar boasts an average daily volume of $500 million, even coming close to $700 million yesterday as per data on CryptoSlate.

As soon as you hear Akon’s voice, you know it’s him! His shimmering, soulful voice has propelled countless hits across genres—from pop and R&B to hip hop and dance. Learn More