NFTs seem to be popping up in just about every sector. 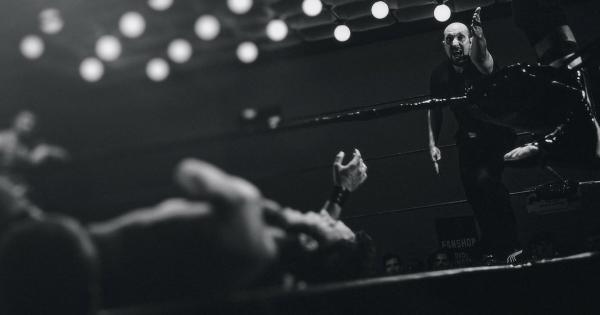 Photo by Martin Kníže on Unsplash

American wrestling entertainment firm WWE will launch a line-up of non-fungible tokens (NFTs) featuring ‘The Undertaker,’ it said in an announcement today. The move marks the company’s first-ever foray into the crypto art and digital collectible space.

‘The Undertaker’ is the popular wrestling persona of Mark Calaway, an American retired professional. The gimmick is one of the most iconic, popular, and recognizable figures worldwide, revolving around a “dead man” who embraces the darkness and fights his way to the WWE championship.

“WWE’s first-ever NFT collection presents an opportunity to own a digital piece of history featuring The Undertaker, one of the most iconic Superstars in sports entertainment,” said Nick Khan, WWE President & Chief Revenue Officer.

A once in a lifetime opportunity! ⚡️ @Undertaker NFTs drop this Saturday ahead of #WrestleMania on https://t.co/6vCaEYoL9I! pic.twitter.com/duLbsXX6hf

The NFTs will contain moments from The Undertaker’s 30-year WWE career, along with never-before-sold memorabilia. They shall be released just before Wrestlemania, a widely popular annual wrestling event.

NFTs are blockchain-based representations of tangible or non-tangible assets that prove their holder is the true owner of whichever asset they represent. The latter can include digital art, crypto-collectibles, and other items popular in crypto culture, but can be used for real estate or just about anything else.

4 NFTs drops in all

The four NFTs shall see a tiered-based ‘drop.’ The most expensive will be a ‘Platinum’ drop whose bidding begins at $10,000.

Future winner of The Undertaker Platinum NFT being auctioned off by $WWE this weekend? https://t.co/I2b6rrPXBY

The ‘Gold’ tier sees bidding start at $5,000 and will feature an Undertaker NFT, a signed championship belt, a video message from the deadman, and two tickets to a WWE event.

The remaining tiers — Silver and Bronze — would see the winners receiving Undertaker-branded NFTs, portions of a replica championship belt, among other goodies.

WWE NFTs are presented in conjunction with Bitski and will be available for purchase beginning this Sunday. Who wants to catch them all?

Coinbase CEO Brian Armstrong has big things up his sleeve for the next week: There’s the much-awaiting public listing of Coinbase on April 14, and there’s his first set of non-fungible tokens (NFTs).

Latvian airline airBaltic announced that it will become the world’s first airline to issue non-fungible tokens (NFTs), as per a blog post released by the firm today.