Why Ripple CEO Brad Garlinghouse is against Coinbase’s apolitical stance

Ripple CEO Brad Garlinghouse is not convinced with crypto exchange Coinbase’s decision to take an apolitical stance within the workspace, he said in a recent interview with CNBC. 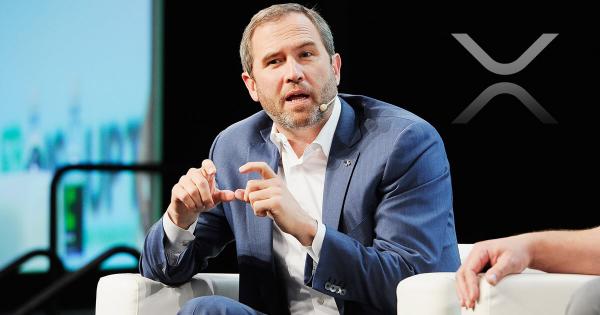 Ripple CEO Brad Garlinghouse is not convinced with crypto exchange Coinbase’s decision to take an apolitical stance within the workspace, he said in a recent interview with CNBC.

Tech firms have an “obligation”

Coinbase CEO Brian Amstrong caused ripples (pun unintended) earlier this year after stating the firm was an apolitical organization and did not support any political discussion in the workspace. It even gave out exit packages to employees against the idea — a move that saw stirred debate and saw over 5% of employees choose the offer.

“[The firm] won’t debate causes or political candidates internally or engage with issues that are unrelated to our core mission.” wrote Armstrong in a now-infamous blog post, adding the company remains “laser-focused” on advancing crypto and making profits.

But Garlinghouse differs. He told CNBC that tech companies have an “obligation” to work toward solving issues and discussing sensitive matters that affect society.

“We think about our mission as enabling an internet of value but we seek positive outcomes for society. I think tech companies have an opportunity — but actually an obligation — to lean into being part of the solution,” the 49-year-old said.

A spokesperson added that Ripple promotes corporate activism and is offering employees paid time off to vote and volunteer in the upcoming presidential election.

“The sad reality is — and I say this as a long-time veteran of Silicon Valley — some of these (societal) problems are, at a minimum, exacerbated by the tech platforms themselves.”

Political stir-ups via tech platforms have been a recurrent issue in recent times. These include social media giants like Facebook and YouTube, which have been allegedly held in the past over the manipulation of high-stakes elections and various other political discourse.

Ripple has been affected in such matters as well, with Garlinghouse stating the company was taking YouTube to court over allegations that Google’s video-sharing service failed to protect consumers from “giveaway” scams using fake profiles to bait viewers into sending thousands of dollars in XRP.

“We didn’t need to do that, it doesn’t help Ripple,” said Garlinghouse. “But what it highlights is that platforms need to take ownership of the problems they are contributing to.”

Garlinghouse’s comments come as Ripple is eyeing a move out of the US and into markets like Singapore and Japan, spurred by a lack of regulatory clarity in its home market surrounding XRP.

The US is out of sync with other G20 markets – it’s critical for @Ripple to have a level playing field in order to compete on a global stage. The UK, Singapore, Japan, Switzerland and UAE are at the top of our list because they’re providing clarity and consistency. https://t.co/lPizOi6UIg

The move, if executed, would be ironic for Ripple. The firm has historically been on the right side of regulators and strived to conduct business as any other fintech business would.